Opening Soon: the New and Improved Vault at The 9 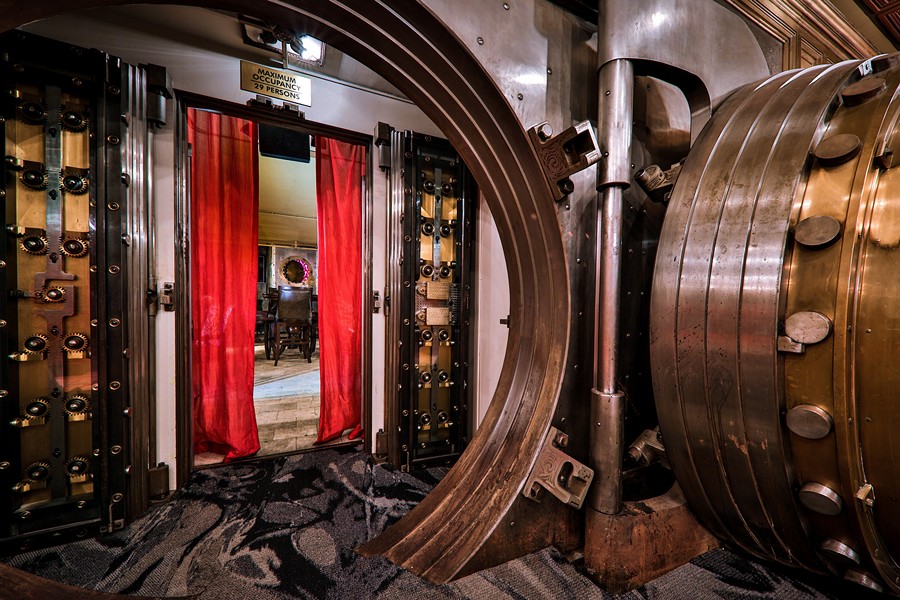 “At the old Vault there was bottle service, pedestrian club cocktails, shooters and fireballs,” says Kenny Didier, GM at The 9. “None of that is going to stick around.”

Last July, the Vault nightclub was quietly shuttered two years after it debuted in the lower level of The 9 complex, which also includes Metropolitan Hotel, Adega and Azure rooftop bar. Since then the former club has been utilized solely as private event space.

“When Geis took over management of The 9 back in 2015, we were evaluating the outlets, and as we were evaluating them we saw that the Vault space, as a nightclub, didn’t really fit that prestigious image of the building that we wanted,” explains Megan Duniec VP of marketing. “So we decided to create a concept that not only fit our brand, but will also become Cleveland’s best handcrafted cocktail lounge.”

Since last summer the Geis team has been working behind the scenes to overhaul Vault, which was limited by its concept and days of operation. The nightclub was open Fridays and Saturdays only and it attracted a specific type of audience.

“I think that the nightclub didn’t mesh with our luxury lifestyle branded hotel,” adds Didier. “The Vault space is the most unique space in Cleveland and, arguably, one of the more unique spaces that I’ve ever been in and the nightclub concept really limited the amount of people who would go down there and experience it.”

To make the space more appealing to wider clientele, the concept will be changed to a lounge-style speakeasy overseen by Director of Bar Operations Russ Mengle. It will be open Tuesday through Saturday evenings.

“All cocktails have names that pay homage to the history of the building and the history of Cleveland,” notes Duniec. “When we give tours down there, a lot of people ask questions about the space and are curious about it.”

Millet’s Mural, for example, is named for mural artist Francis Davis Millet, who went down with the Titanic. Mosler’s Sazerac is named in honor of vault maker Mosler Safe Company. John’s Julep is a tribute to John G.W. Cowles, the first president of Cleveland Trust Company. A “Cocktail Glossary” shares these tidbits and more with visitors.

The new Vault opens to the public on April 4.

Bites vault the 9
Prev
Next