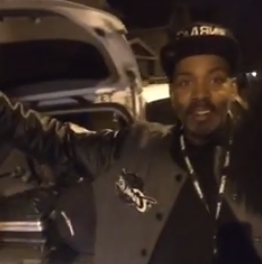 We here at Scene love a joyful ending to a story, and we've got a nice one for you today.

Local drummer Andrade Scovil's kit has been found — with his stolen car — thanks to the handiwork of Cleveland police officers Friedrich Kaufmann and James Crivel.

The car was found near East 55th and Broadway. "Everything's here!" Scovil's daughter said in a Facebook video posted last night. Scovil's car and drum kit were stolen almost two weeks ago at a West 150th Street gas station. He was devastated, but Fox 8 broadcast his plight, the local music community rallied and the Cleveland police worked with what little information was available.

Scovil plays in the band Intrique. While they don't presently list any upcoming gigs on their Facebook page, one can only imagine that the next show will be a celebratory good time.