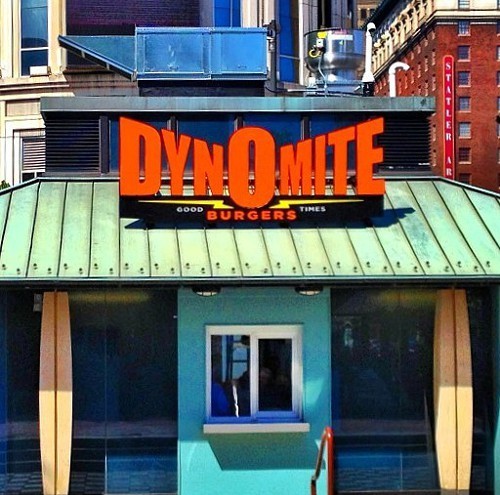 Dynomite Burgers and Sushi Uptown will sling burgers for the final time Friday. After two years of trying to make a go in University Circle, chef/owner Zack Bruell says he's closing the location.

"The area has foot traffic, but it is the college crowd," Bruell told Cleveland.com. "And the problem is some of the best times in the business come in the summer — and you're not getting that if college students are off for the school year."

Dynomite's east side arrival — with its 80 seats and addition of sushi — thrilled many, including Scene. But the business, touted as Cleveland's answer to Shake Shack, just couldn't thrive. Dynomite's seasonal locations at Playhouse Square and Progressive Field will stay in operation, however.

"Those places do great, and I think we have the best burgers in town," Bruell said. "I kept Dynomite going in Uptown longer than I should have, because I believed in the concept - but sometimes it just doesn't fit, so you have to move on."