Why was RTA Fleet Director Rehired One Week After Resigning? 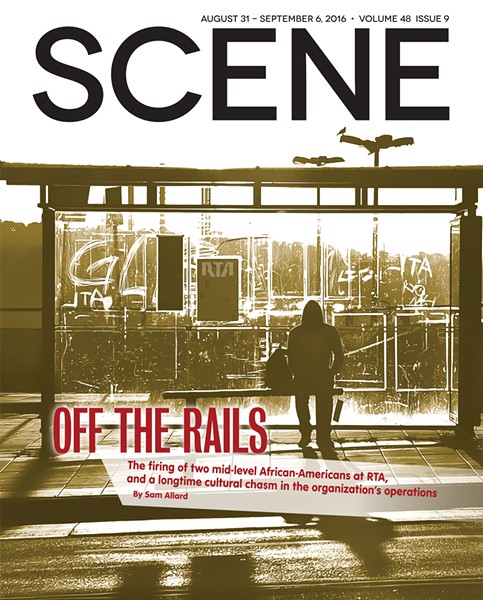 But in a curious turn of events, he was re-hired only one week later.

As with past personnel inquiries — Control-F: "Lauren Bobich" — RTA's official explanation of the situation clashes with internal rumors.

RTA spokesperson Linda Krecic told Scene that Baron resigned in order to take another position earlier this month but said she did not know what position or with whom.

"He called within a few days of leaving the RTA saying that he made a mistake," said Krecic, "and asked if he could return to his previous position."

Krecic claimed that Baron was re-hired at the same rate of pay — in 2o16, that was roughly $113,000 — and that because his departure had not fully cleared the RTA separation process, re-installing him was "not an issue."

"I am very happy to inform you that Ron Baron will be returning to the RTA effective Monday, March 13," York wrote on March 9, with no elaboration. "Ron will resume the Director of Fleet Management position."

That was the entirety of the email.

Prominent among our questions is: What sort of "mistake" did Ron Baron make? Did he simply change his mind after he'd decided to take employment elsewhere? Was his job offer not as firm as he thought it was?

When Scene speculated that Baron's new employer — whomever it might be — probably wasn't too pleased when Baron returned to RTA so suddenly, Krecic said that that was "not really [RTA's] concern."

We were told by one source, who requested anonymity in the wake of RTA's witch hunt following a Scene story last year, that Davey Tree, headquartered in Kent, may have been the potential landing spot for Baron. Davey's media relations team did not immediately respond to a voicemail or a follow-up email requesting information about whether or not Baron had been offered a job.

Both Baron's and York's names may be familiar. They figured prominently in our coverage last year of a "cultural chasm" (i.e. a racially hostile environment) at RTA's Central Bus Maintenance Facility. Baron oversaw the wrongful termination of a black employee there.

Baron's "resignation" was rumored by employees to have been not entirely voluntary. His "re-hiring" was thought to be primarily the work of York, who was angered by Baron's treatment.

In related personnel news: Dr. Floun'say Caver, who was the director of RTA's Hayden Garage in East Cleveland, has been promoted to the Director of the Integrated Communications Center at RTA's Main Office. It's "like air traffic control but for buses and trains," said Krecic. Caver is also "assisting" the Deputy General Manager of Operations — Michael York.

Last year, Caver and Baron were thought to be the prime candidates for the Deputy General Manager job if RTA were to make an internal hire when York retires.