The family of Luke Stewart still doesn't know what happened on March 13, save for the fact that Officer Matthew Rhodes shot and killed him. The Euclid Police Department has neither reached out for a conversation nor responded to numerous public records requests, according to the family and attorneys.

Rhodes, who has been with the department since August 2016, reportedly returned to active on-street duty three days after the shooting. 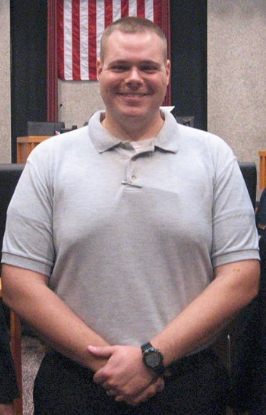 But the facts beyond the baseline sequence of events — Stewart was sitting in his car on South Lakeshore, Rhodes responded to a report of a suspicious vehicle, a chase ensued, Rhodes somehow got into Stewart's car and shot him — are unclear.

Stewart's cousin, Jocelyn Smith, said that Stewart's sister found out that he had been shot only when she happened to see his car on the news.

The state's Bureau of Criminal Investigations is running the investigation and will send its report to the Cuyahoga County Prosecutor's Officer in the future.

Until then, the circumstances surrounding Stewart's death remain as murky as many other police-involved shootings in Northeast Ohio. This afternoon, Stewart's family pleaded for answers — and, at the very least, they said, a sit-down meeting with Chief Scott Meyer.

"Our family is in need of answers just to get into the grieving process," Jocelyn Smith said today. "Death is one thing in itself. But to have our cousin shot five times — that's not about trying to stop a threat. ... There's got to be some accountability on Euclid, on Officer Rhodes and on the other officer that was involved to come forward and be honest about the events that happened."

Stewart leaves behind two children, and his family says that they have been longtime residents along Euclid's border with Cleveland.