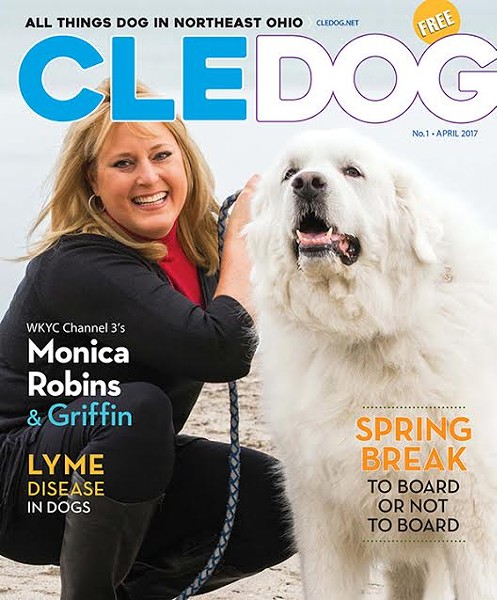 We here at Scene love dogs. On a good day, in fact, we'll have three or four staffers' pups wandering Scene Worldwide HQ, looking for a quick game of fetch and incessantly pitching us stories on the 187 Best Spots to Sniff in the Metroparks.

And so we're excited to see that CLE DOG has launched. The magazine's inaugural issue can be found on newsstands all over the region — and soon every branch of the Cuyahoga County Public Library. And it's free!

The project came out of a series of conversations between co-publishers and longtime dog lovers Karen Uthe-Semancik and Mark Brabant. Between the fun side of dog life like parks, dog-friendly restaurants and toys, to the more practical side of ownership like the adoption process, Lyme disease and boarding, CLE DOG is flush with angles. 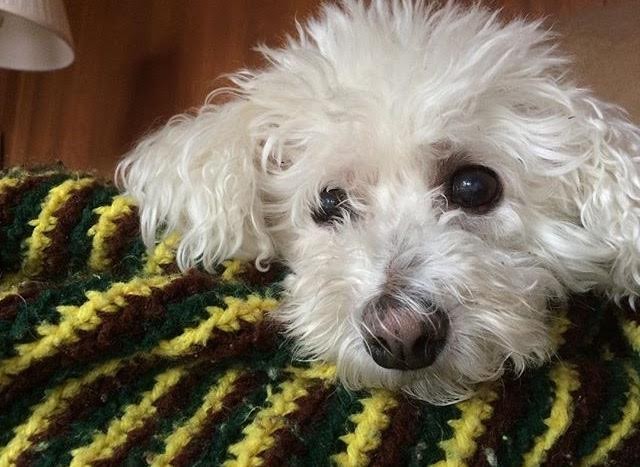 Already, the group has a solid editorial docket slated for the rest of 2017.
We're definitely looking forward to "Patio Dining with Duke," because patio season is rightaroundthecorner, everybody.

"The Cleveland dog family is huge," Uthe-Semancik says. "Everybody is always telling us, 'You gotta meet this person!' It's really been overwhelmingly positive feedback."

Keep an eye out for the April issue and each new monthly edition.

"We didn't want to miss 'dog season,' so to speak,'" Uthe-Semancik says. "I was at Lakewood Dog Park on Sunday, and there were probably 50 people there with their dogs. You could just tell: Everyone was champing at the bit just to get their dogs out and enjoy the weather."

While future issues will have different stories and columns — and perhaps an evolving design as time goes on — one standard feature will be "Dogs of the CLE," where readers can submit photos of their pups for publication.