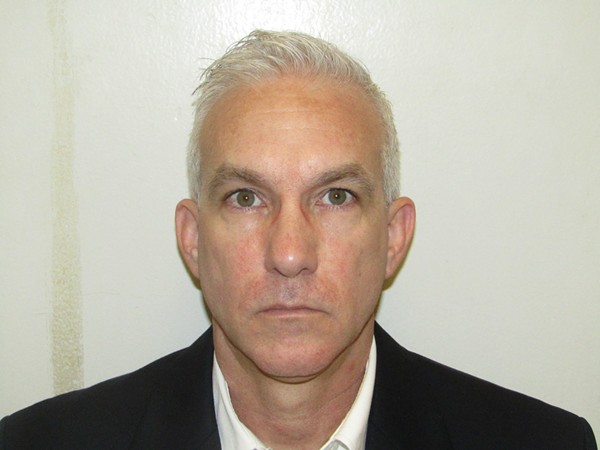 Update: Former East Cleveland police officer Kenneth Bolton Jr. reached a plea agreement with prosecutors in advance of a trial for sexually assaulting two females during an illegal traffic stop. He was fired by the department earlier this year after admitting to numerous misdemeanors and felonies stemming from an illegal traffic stop of two women during which he assaulted them with a sex toy he found in the vehicle.

In exchange for ducking a kidnapping charge, Bolton pleaded guilty to felony gross imposition and a civil rights misdemeanor.

He'll be sentenced on October 16.

(Original story 4/14/17): Cuyahoga County prosecutors say that 49-year-old Kenneth Bolton Jr. sexually assaulted two females with a sex toy during an illegal traffic stop in February. The East Cleveland police officer was fired by the department last month after he copped to violating "numerous misdemeanor and felony laws," according to a termination letter from East Cleveland Police Chief Michael Cardilli.

Bolton allegedly pulled over the two women, both in their early 20s, about 30 minutes after he heard that they'd been pulled over and cited by another officer. During the illegal stop, Bolton allegedly found a sex toy in the car and used it to sexually assault both women.

He'd been with East Cleveland for 16 years and faces up to 10 years in prison. An arraignment is set for Monday morning.