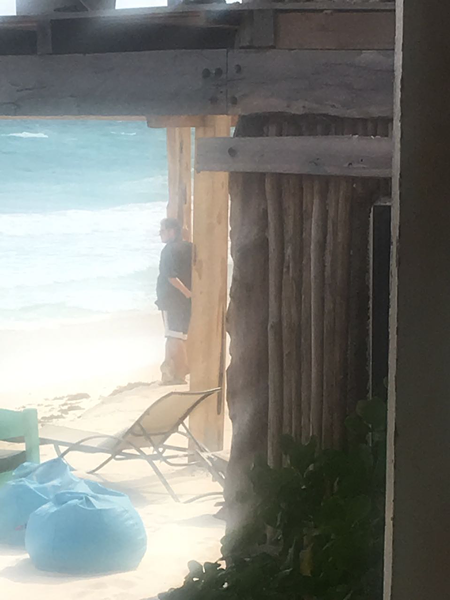 The infamous Cleveland swindler Oscar Villarreal, who fled to Mexico from Gates Mills in late 2013 to escape the probings of the Securities and Exchange Commission, was shot at his home in Tulum last week.

Villarreal is known locally for luring more than 50 of Northeast Ohio's most powerful corporate leaders into phony investments several years ago. He used that money to goof off on E-trade and live large. He was considered the cream of Cleveland's millennial crop, and in that capacity had managed to ingratiate himself among the Union Club elite.

Villarreal ultimately paid back more than $12 million of the funds he obtained, resolving issues with investors "to their mutual satisfaction," per Villarreal's lawyer, but the putative Wunderkind was still wanted on 21 Federal counts.

These days, Villarreal has been allegedly party to much more violent crimes.

Scene was contacted in December by a hotel owner in Tulum, the Caribbean coastal town roughly two hours south of Cancun. It was alleged that Villarreal and his father were building a new hotel there by improper means.

In addition to the allegedly corrupt acquisition of land permits, Villarreal was thought to have orchestrated the violent seizure of two beach hotels. Vandals and thugs armed with "guns and machetes" threw out the occupants and employees of a hotel on Dec. 8, and seized the contiguous hotel later in the month. (The corruption and violence besieging the Tulum real estate market were chronicled in Newsweek at about that time.)

It's not known who shot Villarreal last Thursday, or whether or not his assailant(s) intended to kill him or merely send a message. The local paper, "Por Esto," called the attack an "execution attempt" and said that the gunmen indeed were attempting to assassinate Villarreal. Villarreal, who survived "only sustained a bullet wound to the back."

His hotel the Hotelito Azul, is now in operation.

The hotel owner wrote Monday that Villarreal "is making disaster with his dishonest attitude, always ready to cheat people. We have a long list of people that would like to see him dead."

A spokesman for the U.S. Department of Justice, said he had no comment on this development. As of last year, the DOJ was aware of Villarreal's location and had been attempting to coordinate his extradition.