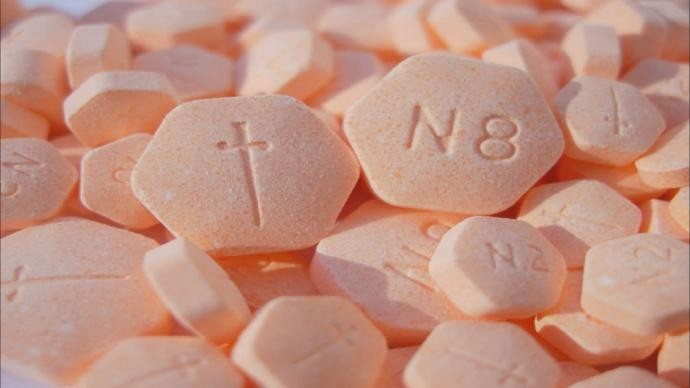 Prescription Suboxone is gaining a national rep as an increasingly useful solution for millions of Americans hooked on heavy-duty drugs. A low-dose opioid itself, the drug administered along with a doctor's care has proven to be key in freeing folks from the addiction to heroin and prescription opiates.

But Suboxone reportedly has become popular with another circle: Ohio's prison population. According to a recent report from the Columbus Dispatch, prison officials are finding so much Suboxone inside Ohio's facilities it's currently "neck-and-neck with marijuana" as the most popular contraband.

Part of Suboxone's popularity is tied to its size: the drug dissolves on your tongue in little postage-stamp-sized strips. Inside prisons, each of those little items goes for $100, according to the Dispatch. “Suboxone strips are most prevalent in prison because they are so small and easy to conceal,” Ed Voorhies, the Ohio Department of Rehabilitation and Correction prison operations director, told the paper. “It’s been particularly difficult for us.”

The Suboxone slammer craze is borne out in the numbers. Each month, five percent of the prison population is randomly selected for drug testing (testing is also ordered when prison staffers suspect inmates of using). The Dispatch requested and looked over the results for the last three years, finding:


The size of these tabs mean prisoners can pretty much smuggle them in any way they can think of: hidden on their person, in letters, even tossed over the fence, even melted down and placed like a smudge on a piece of paper, which the inmates then ingest.

To combat the smuggling, prison officials are now inspecting even piece of mail using black light. Scanners will also be installed to detect drug residue.