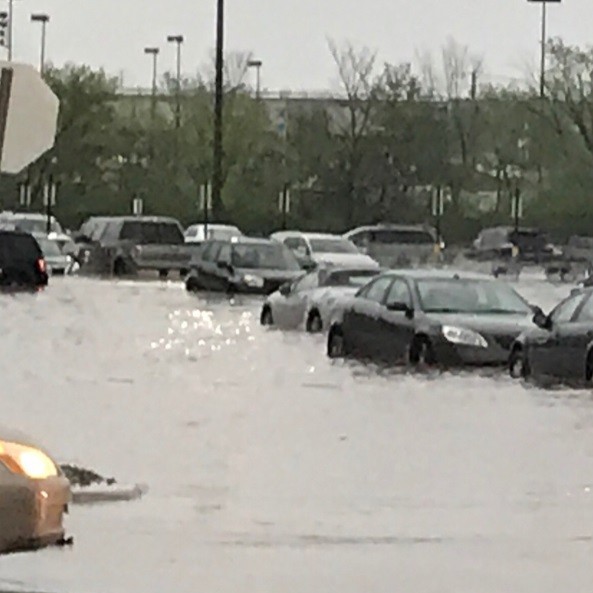 The rain fell hard in Cuyahoga County Wednesday, bringing flash floods to Brooklyn and Parma. Among the businesses bearing the brunt of the waterlogged affair were Brooklyn's Sam's Club and Burger King.

Sam's Club employees witnessed water quickly pouring through the front sliding doors. In the aftermath, inches of standing water remained inside, while cars in the parking lot were nearly submerged.

Meanwhile, at the nearby Burger King, employees were stranded in Whopper Hell when water began rushing in from seemingly everywhere. They had to be rescued via boat, but Brooklyn officials say that so far no one has been injured in the flooding. Plenty of damage was left at the businesses and to untold numbers of cars. Gonna be a busy insurance day.

While last night's destruction was no joke:

Not everyone was completely worried about the situation:

Severe storm warnings are in effect until Thursday evening. People are advised to stay clear of the flooding zones.