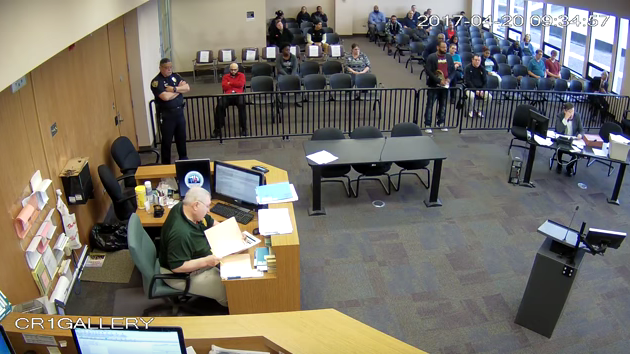 Police are looking for a man who decided on April 20th that when he made an appearance in an Lorain courtroom that he couldn't possibly do so without bringing a small bag of cocaine with him. Which isn't a great decision. Even worse when the bag, covertly stashed in his hat, fell to the ground after he took it off and fiddled with it.

It was discovered later that morning and tested positive as, ya know, cocaine.

An arrest warrant has been issued for the unidentified man, according to the Morning Journal.

Video of the oopsie-daisy moment below.