A full-blown fan fest is set to accompany the Cleveland taping of American Ninja Warrior on May 8 to 9.

As previously announced, the show in which contestants attempt to complete an insane obstacle course in order to win a boatload of cash, will take over Cleveland's Public Square for two days of filming.

But for those who can't catch the show taping (there are only so many seats), there are Ninja Warrior-themed thrills galore set up next to the actual course for families to enjoy. The first-time fan fest runs both filming days from 2 to 8 p.m., and it's all free.

Expect to see things like an inflatable course — just like the ninjas use, but smaller — as well as a Spartan Race challenge. NBC will also be touting its other summer programming during the event, including photo ops with one of the big red chairs from The Voice and the judges table from America’s Got Talent. Food trucks will also be on hand.

During the whole Ninja Warrior takeover, traffic will route a little different in Public Square. Take a look below: 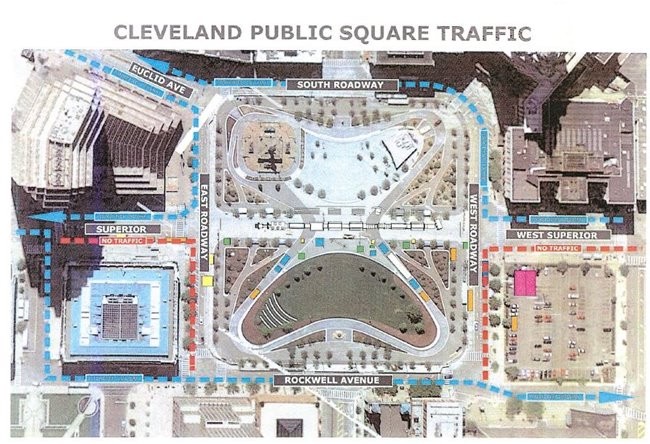 The ninth season of American Ninja Warrior premieres on NBC on Monday, June 12. But the Cleveland episodes won't air until later.