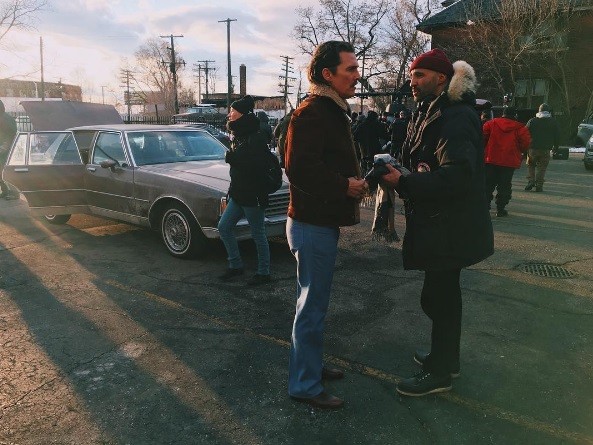 Mahall's bowlers got a big surprise Sunday night when Matthew McConaughey and his posse came out to enjoy the bowling alley/music venue/fried chicken joint.

While it's no secret that McConaughey's new project White Boy Rick is currently filming in Lakewood, no one expected this.

Mahall's posted snapshot proof of the Texas actor posing with the daughter of one of the owners on their Facebook page last night. And just take a look at that hat. Alright, alright, alright.
White Boy Rick, which has filmed in Cleveland and Detroit since March, tells the real life story of Richard Wershe Jr., who went to prison for almost 30 years for a nonviolent drug crime committed when he was a juvenile in 1988. In the movie, McConaughey plays Wershe's dad. Jennifer Jason Leigh, and Bruce Dern also star.