6 Concerts to Catch This Weekend in Cleveland 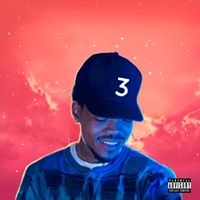 Fresh off changing the Grammy by-laws and snagging a trio of trophies himself, the inimitable Chance the Rapper brings his one-of-a-kind energy to Blossom on a Friday evening stop of his spring tour. The Southside Chicagoan cut his teeth at open mics and spoken word sessions across the Windy City, growing a local following with his Ten Day mixtape that quickly flipped into an international fanbase with his second mixtape, the critically-acclaimed Acid Rap. Heavily influenced by jazz, gospel and Chicago house, Chance’s unique sing-song floats and stabs with poetic lace over diverse, layered, gorgeously composed production. Rejecting major labels and opting to remain independent despite countless overtures, Chance released last year's Coloring Book to universal acclaim. The album – chock full of A-list features from hip-hop and pop’s beating pulse – was the first ever streaming-only album to garner a Grammy award. With three mixtapes and a handful of top-notch features in his repertoire, the 24-year-old is sure to light up the Blossom stage. (Lawrence Neil), 8 p.m., $25-$166. Blossom.

We here at Scene have always dug this band and their esoteric name. They’re Cleveland blood, after all, and we can’t get enough of that twisted fuzz psych rock madness. We were spinning Demonduction this week at the office, and got lost in a trance for a while. They’ve got a good sense of dynamics and timing, and the album flows well from downtempo, dreamy verses to aggressive, borderline evil anthems now and then (see “Don’t Curse Me”). It’s the sort of stuff that makes for a heart-pounding live show, and we don’t doubt for a second that tonight is going to get freaky as hell. Joey Nix’s drums are enough to shatter the foundation of any building; bring your safety gear. (Eric Sandy), 9 p.m., $5. Happy Dog.

These garage rockers from Chicago have been compared to a number of high profile contemporaries such as the Strokes, the Black Keys and Arctic Monkeys, just to name a few. The Orwells have carved out their own niche over the past few years and established themselves as gritty troublemakers, which shouldn't be too surprising — lead singer Mario Cuomo has cited rap group Odd Future as an influence on the band. However, the Orwells have moved out of the garage a little bit on their third album Terrible Human Beings, as the band gets a little more clear-headed and more pop driven. The distorted guitar screech and two-note lead on "Heavy Head" is reminiscent of Pixies, while "Ring Pop" sounds Weezer influenced. The band has also promised to tone down some of its on-stage antics, like Cuomo frequently removing his pants during shows. Fellow Chicagoans the Walters will open the show. (Johnny Cook), 9 p.m., $18 ADV, $20 DOS. Grog Shop.

Hall & Oates/Tears for Fears When Hall & Oates performed at Public Hall back in 2014, the group opened with “Maneater" as the duo and its six-piece backing band proceeded to deliver hit after hit during a 90-minute set that showed off the best songs in its extensive catalog of soul, R&B and pop tunes. Hall, who regularly introduced each song by telling the audience which album it had come from, appeared to be truly enjoying himself. Sunglasses on and shirt sleeves rolled up, he looked more like a construction worker than rock star. But he and Oates played with a youthful energy that belied their respective ages (both guys are in their sixties). Expect a similar performance tonight at the Q. The '80s act Tears for Fears shares the bill. (Jeff Niesel), 7 p.m., $35-$129.50. Quicken Loans Arena.

Billed as “The World's Greatest Pink Floyd Show,” the Liverpool-based act Brit Floyd has sold more than one million tickets over the course of a career that stretches back to 2011. The band’s latest venture, Immersion World Tour 2017, features high-definition sound, a million dollar light show and state of the art video. Tonight, the group will pay special tribute to Floyd’s Animals album, which just celebrated its 40th anniversary. (Jeff Niesel), 8 p.m., $25-$55. Jacobs Pavilion.

With rap shows that tend to resemble punk shows, Houston-bred Travis Scott brings his high energy rodeo to Cleveland on his Birds Eye View Tour. Scott’s compositions feel like modern art – dark, youthful, experimental, and soaked in a uniquely disorted autotune that dip-dyes his Houston aesthetics in a metallic, industrial cast. Building on the underground momentum from his first two solo mixtapes, Scott made a splash in 2015 with his debut album Rodeo and its single “Antidote,” a fluorescent trap banger with an undeniable hook. The song ended up triple platinum and catapulted him into the mainstream, cosigned by artists from Justin Bieber to Toro Y Moi to 2 Chainz. Following his 2016 release, Birds in the Trap Sing McKnight, the 25-year-old is on a hot streak, steadily flamethrowing collab tracks with fellow zeitgeist-defining artist Quavo. This Cleveland stop catches the Texan right in his sweet spot. San Antonian crooner Khalid, an overnight sensation from viral hits “Let’s Go” and “Location,” joins him as an opener fresh off his own recent European tour. (Neil), 8 p.m., $39-$49. Jacobs Pavilion.