VegFest Returns to Cleveland This Summer 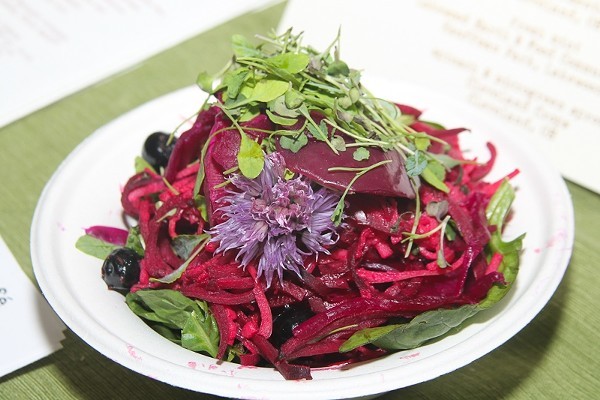 The Cleveland VegFest, a free event hosted by the Cleveland Vegan Society, returns this summer. And even folks who aren't vegetarian or vegan can find something to enjoy.


To satisfy the sweet tooth, there are also a handful of vegan bakers expected at VegFest, including The Sweet Spot, a Cleveland gelato shop, and Poison Berry Bakery, a vegan bakery based in Cleveland Heights.


Though food is a big part of being vegan, this event isn't all just vegetables. VegFest also provides an opportunity for spectators to hear presenters who focus on different aspects of a vegan lifestyle, as well as watch several food demonstrations that showcase vegan dishes.

Speaker Brenda Sanders, who believes in the power of veganism as a means to social reform, is set to present on her work as a food and social justice activist in Baltimore.

“I think our biggest strength is that we really want to live our lives in such a way that lines up with our ethics. We recognize how wrong it is to victimize and exploit the vulnerable and we've committed to living our lives in a way that doesn't contribute to all that needless suffering,” Sanders told the Vegan Street Blog.

In addition to speakers and food, VegFest offers live music, a film screening room and a children’s activity area. Though the event is free, small donations are accepted. The event runs from 11 a.m. to 7 p.m..