The Winchester to Reopen This Weekend 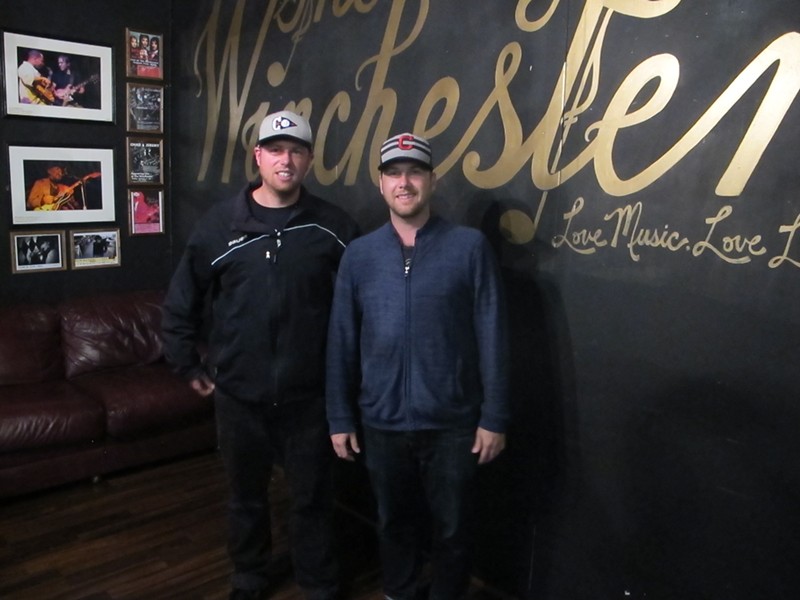 Three years ago, Winchester Tavern owner James Mileti, who had a reputation as an artist friendly club owner, decided to sell the Lakewood establishment that catered to the classic rock and blues crowd. He sent an email out to his newsletter subscribers telling them that he intended to give the place up because “the importance of walking uprightly in the eyes of the Lord outweighs any and all other factors, and our selling booze to people is not making God smile.”

Patty Lim and Beth Scebbi of New Century Builders bought the place and transformed it into the Bevy in Birdtown, a niteclub/bar that featured live music and food. Lim and Scebbi made some serious upgrades to the venue. They redid the floors, added a kitchen and moved the stage from the back of the club to the center of the concert hall, creating better sight lines in what was a cavernous space.

After giving it a good go for a couple of years, those owners put the club back up for sale earlier this year.

When Shane Motolik, a Northeast Ohio guy who has fond memories of seeing shows at the club when it was the Winchester, and his brother Keith realized it was for sale, they quickly purchased it. They'll reopen it as the Winchester this weekend; they've booked local bands to perform. They don't have a website for the club yet, but they'll continue to update the schedule on their Facebook page.

Motolik says Mileti got wind of the transaction and even came by the club recently to give him his blessing.

“I was looking around for a bar to buy,” says Motolik, who lived in Los Angeles and worked as a musician and bartender for a few years before moving back to town about a year and a half ago. “I always wanted to be part of the music scene somehow. We had looked at some dive bars, but when we realized this place was for sale, we were excited. I used to come here all the time. It was great timing and made sense. It’s a great room.”

They purchased the place at the end of April. As of yesterday, the brothers were scurrying to get the place ready. Microphone cords snaked across the club floor and a ladder stood at the center of the stage. Chairs were corralled into one corner of the concert hall.

Motolik says he hasn’t had to make huge changes to the place, but he's hung large prints of rock acts such as Beastie Boys and Prince on the club walls, and he's installed a new soundboard. In the future, he hopes to upgrade the sound system and the lighting.

“We want to focus on the music side of things,” he says. “We’re into all kinds of music. We like music for music’s sake. If it’s good, we like it. The main focus will be indie and alternative music. But we have a hip-hop show planned for Sunday. We’ll do a monthly electronic show. We’ll do a little bit of everything.”

Given that the city already boasts a healthy collection of clubs who vie against each other to book both local and national acts, finding a niche won’t be easy.

Motolik says he welcomes the competition.

“I think Cleveland is a great place for music,” he says. “Everybody is doing their own thing, and we want to separate ourselves. We don’t want to have a band in there just to have a band. We’re into quality over quantity. We’ll be selective. We want to make this place legitimate, and we want people to know when they come here, they’ll hear good music.”

In the future, he imagines the club will host brunches on the weekend with guest DJs who'll spin music.

“It’s music and a bar and in Lakewood, where I now live,” he says. “It’s an amazing venue. It’s a classic place in an up-and-coming part of the city. Cool things are happening here. We’re really excited to be part of this Birdtown rejuvenation.”