Ohio is Bad at Spelling the Word 'Beautiful,' Google Finds 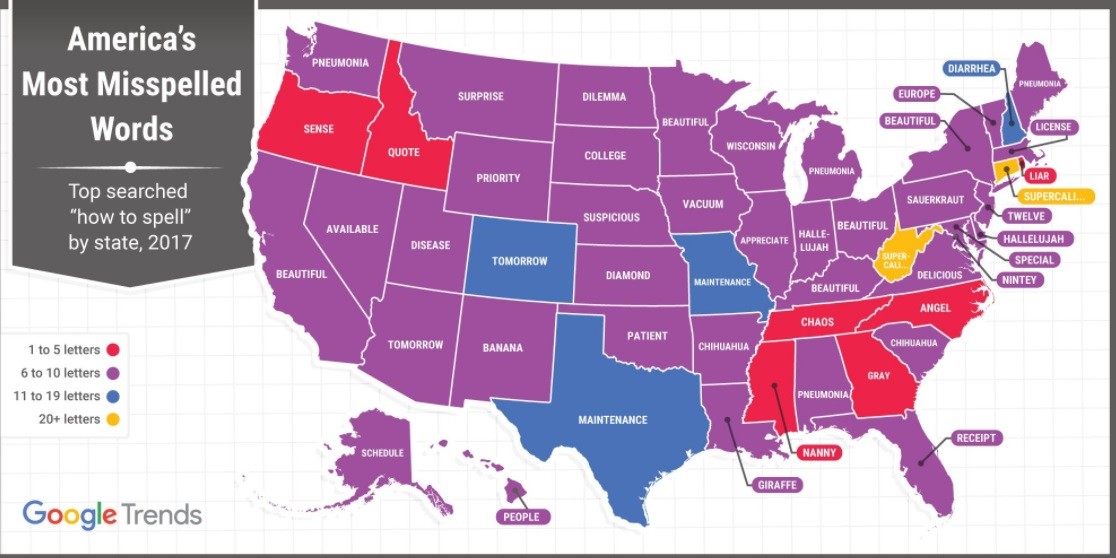 In honor of this week's National Spelling Bee, Google broke down which words cause people in each state the most trouble. In Ohio's case, we seem to have the most trouble spelling "beautiful."

America's most misspelled words data was gathered by Google by mining the top searched "How to spell ___" analytics from each state in 2017.

In most cases, like Ohio, folks searched most often for help spelling words with between six and 10 letters. But two states, West Virginia and Connecticut, sought out help with a 20-letter problem. Before you go thinking those states are extra smart, that word was the Mary Poppins' favorite: "Supercalifragilisticexpialidocious."

It turns out the citizens of New York, California, Kentucky and Minnesota also don't know how to spell "beautiful." What that says about all of us is unclear. But at least we're not Rhode Island, who apparently doesn't know how to spell the word "liar." And "college"? Come on, South Dakota.