The Edgewater Beach House opens this Friday, just in time for next Thursday's kickoff of the Edgewater Live music series.

The project, which began last fall, was one of a few renovations to the popular public beachfront park. A plaza, trails, and a roundabout were also added to the space, to help entering, enjoying and exiting the park an easier experience.

But the $3.3 million two-story beach house is the highlight.

Metroparks CEO Brian Zimmerman told Cleveland.com that he and his team worked diligently to preserve the park's history when building the structure.

"We looked at the history of the park and what Edgewater means to Clevelanders," Zimmerman said. "We listened to so many people sharing stories of coming down to Edgewater for years and years. This was an opportunity to connect the beach with its past."

The stunning new 12,000-square foot location with open-air walkways is also an opportunity for the park systems to sell drinks and food to patrons. There is enough seating for 250 people, and park even plans on serving a happy hour.

Edgewater Live, which brought out at least 100,000 fans last summer, however, is one of the main events that will draw Clevelanders to the space.

For those who may not have seen it yet, here's the 2017 Edgewater Live concert schedule. The shows all start at 4:30 p.m.

Take a look at more of what you can expect at the new boat-like beach house below: 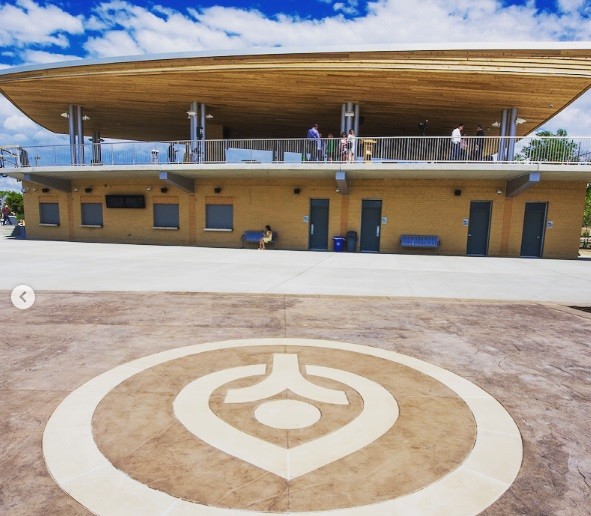