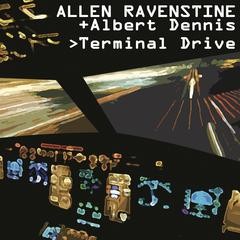 Co-founder of the local art-punk act Pere Ubu, Allen Ravenstine played on some of the band’s most famous tracks, including “30 Seconds Over Tokyo/Heart of Darkness” and “The Modern Dance/Heaven.”

He's recorded with David Thomas & the Pedestrians, David Thomas & the Wooden Birds, Red Crayola and Robert Wheeler and performed with acts like John Cale, the Cramps, the Dead Boys, 15-60-75 (the Numbers Band), Destroy All Monsters, Devo, Gang of Four, the Human League, the Stranglers, the Styrenes, Tin Huey and X.

In September, Smog Veil Records will reissue his instrumental album Terminal Drive on CD and vinyl. It will also be available digitally. The label is currently accepting pre-orders.

"Terminal Drive’s significance in terms of Cleveland underground music cannot be understated,” says Smog Veil archivist Nick Blakey in a press release. “Ravenstine gained recognition for his unusual and inventive synthesizer work in Pere Ubu, which he would also contribute to other groups such as Red Crayola and David Thomas & the Wooden Birds as well as his solo work.”

The album has never been officially released in its entirety, and no complete recording of the piece could be located for many years. Ravens tine, who currently lives in New York City where he works as a commercial airline pilot, recorded it in 1975 at Cleveland-based Motion Picture Sound. SUMA Studios in Painesville handled remastering for the Smog Veil reissue.