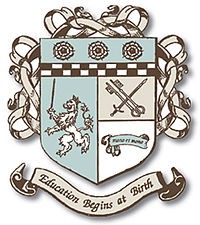 In what attorneys are calling a victory for state policies against child abuse and a vindication for the First Amendment, Ohio's Eighth District Court of Appeals upheld the trial victory of a former student and former employee of the Chagrin Falls-based English Nanny & Governess School.

The appeals court also found that trial court judge Burt Griffin abused his discretion by reducing the jury's damages and attorneys' fees awards to plaintiffs, and by sanctioning attorney Peter Pattakos for sharing publicly available information about the case with Scene.

"The appeals court's decision represents a great victory for Ms. Cruz [the former student] and Ms. Kaiser [the former employee], and vindicates the First Amendment, the public's right to access court proceedings, and most importantly, Ohio's strong public policy against child abuse," said Pattakos, in a press release. "Christina Cruz and Heidi Kaiser are real heroes, and not just for resisting the efforts of defendants―who were in a position of great power and influence over them and their careers―to suppress the child-abuse report."

The original suit, filed by Cruz, alleged that the school’s owners retaliated against her after she reported that she saw a wealthy client sexually abuse his daughter in 2011.

When the case went to trial, Pattakos, who has written for and legally represented Scene, alerted our editor (and Pattakos' friend) Vince Grzegorek, about the case. The trial court sanctioned him for doing so, but the appeals court ruled that this did not represent "frivolous conduct."

"Upholding the trial court's decision could have numerous unintended consequences," the appeals court said in its decision. "For example, defendants in criminal cases potentially could ask for sanctions against prosecutors who provide information to the media about criminal cases. On any given day, newspapers show headlines of ongoing trials, recapping the evidence that was presented that day at trial. In fact, on April 3, 2015, around the same time that Scene Magazine printed the article at issue, a former Cuyahoga County Prosecutor issued a public statement that was published on various news media outlets about the trial of a Cleveland police officer that was set to begin in three days. No sanction was levied against the prosecutor's officer for this public statement ... It should not be held that merely urging a media outlet to cover a trial constitutes frivolous conduct."

The full press release, with information about the Appeals court's decision, is available here. The court's opinion can be read in full here.