Zac Brown Band Puts Its Versatility on Display at Blossom 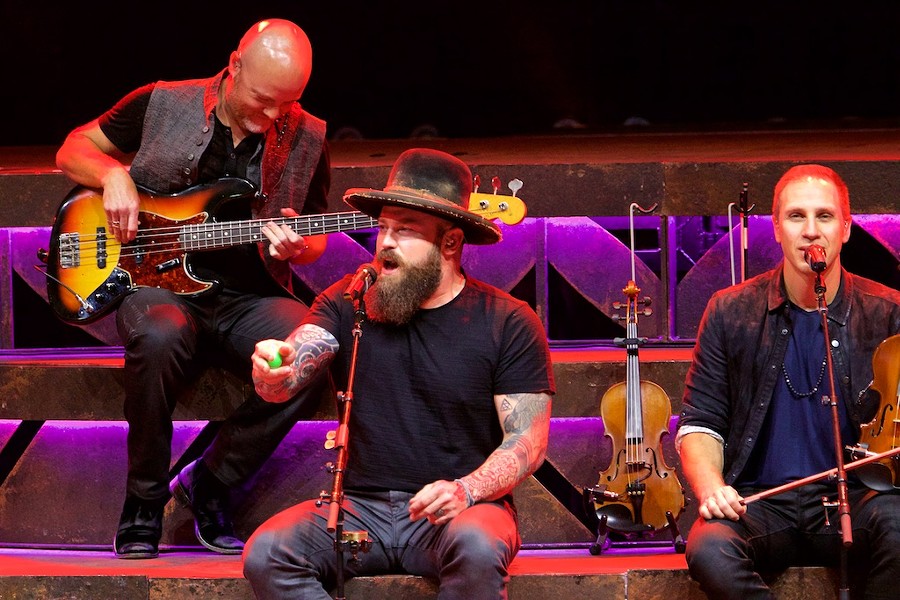 With its latest album, Welcome Home, which came out earlier this year, Zac Brown Band returns to the more traditional country sound it adopted on its 2008 debut, The Foundation.

As a result, it made perfect sense that the group would occasionally play stripped down segments during last night’s terrific two-plus hour performance in front of a capacity crowd at Blossom.

For the first part of two sets, the band accompanied opener Darrell Scott, a veteran old school country singer-songwriter who’s written hits for icons like Travis Tritt, Patty Loveless and Faith Hill. Sitting beside Scott, the stocky Brown looked every bit like a working class hero with his weathered black-rimmed hat, untamed beard and faded jeans. He didn’t mind letting Scott handle lead vocal duties on acoustic renditions of songs such as “Up On Cripple Creek."

When Brown and band plugged in for “Keep Me in Mind,” a meandering, Grateful Dead-like tune that commenced with a riveting, Zeppelin-inspired guitar riff, it brought the crowd to its feet.

From that point forward, Zac Brown Band easily shifted from one musical genre to the next. “Toes” had a Jimmy Buffett feel to it, and “Day for the Dead” came off as a psychedelic rock throwback that came complete with deep purple lights, a trippy video sequence and blaring guitars. Mid-song, Brown and Co. whispered evocatively in unison, making it sound as if they were speaking in tongues.

Scott rejoined the band for “It’s a Great Day to Be Alive,” a song of his that became a hit for Tritt a few years back. Brown showed off the soulful side of his voice as he evoked Al Green on “Long Haul,” a tender mid-tempo ballad, and a cover of the Band’s “Ophelia” benefited from a bit of crisp fiddle and a beautifully rendered bluesy guitar riff.

The concert’s first set concluded with a bang as the band delivered a spot-on rendition of the Queen hit “Bohemian Rhapsody,” a tune that showed just how well Brown’s band mates can harmonize. Flickering strobes helped bring the track to life.

After a brief intermission, the band returned for a second set and again stripped everything down mid-set to deliver the ballad “Start Over.” With its various shakers and bongos, the tune sounded like something you might hear a mariachi band perform.

The second set also included a vigorous rendition of the Allman Brothers Band’s classic “Whipping Post,” one of classic rock’s greatest dirges. Brown and the band delivered it in all of its glory, complete with the unnerving odd time signature bass riff that launches the menacing tune.

Brown’s voice held up remarkably throughout the 20-plus song set. While Zac Brown Band tours relentlessly (it annually stops at Blossom), the band leader appeared to truly relish performing and the group’s ability to cover such a wide range of material. That big smile he had on his face at the conclusion of “Bohemian Rhapsody” spoke volumes about his love for playing live.