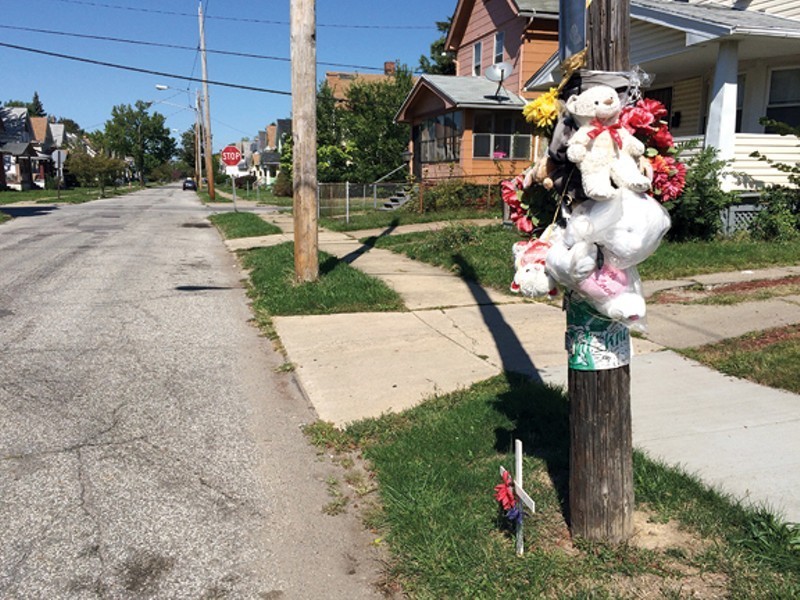 Details are scant at the moment but Cleveland.com reports a 27-year-old man was gunned down at East 136th Street and Harvard last night, shot in the head and back.

Update: Fox8 has more details and they are sad.

The 27-year-old victim was playing basketball with his two younger nephews at Gawron Park at about 7:20 p.m. Thursday. Cleveland police said an argument started between a juvenile and a man, and the victim tried to stop it.

The man, who was between the ages of 18 and 20, wanted to fight the victim, but he refused and walked away. As the victim was walking towards the playground, the suspect pulled out a gun and shot him twice. Cleveland police said he then walked over and shot the man a third time.


That brings the unofficial homicide count in the city of Cleveland for 2017 to 50.

The man's death came a day after a 37-year-old man was shot and killed in the early morning hours of Thursday in a drive-by shooting at E. 36th and Longwood Avenue. That victim was standing in a group on the corner when a dark-colored SUV pulled up and shots ensued.

Cleveland is coming off its deadliest year in more than a decade, notching an ignoble mark of 136 souls lost to violence. Though the numbers would track at less than that for 2017 assuming current trends, it would a) still cross the 100 death threshold and b) continue a worrying trend that's seen homicides spike in Cleveland in recent years, one that puts Cleveland's per capita murder rate (20 per 100,000 residents from 2000-2015) above that of Chicago and behind only seven other U.S. cities.

As we head into a summer mayoral campaign with violence at the forefront of the discussion on how Cleveland is doing and what it could be doing better, the numbers remain grim. Here's the breakdown by year dating back to 2006.