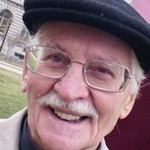 The conversation, which begins at about the 42:35 mark, rehashes the deal's broad strokes and a few familiar talking points from the opposition's point of view.

It also includes Roldo's personal outrage at the region's overuse of public subsidies for sports teams: the fact that the public funds for the current proposed renovation are being requested on top of Sin Tax dollars, for instance, and the fact that the city can't begin to pay off the $140 million in County-issued bonds until 2024, because the city is paying off overruns from the original arena construction until 2023.

He also describes the massive amounts of annual revenue lost by the Cleveland Metropolitan School District, thanks to the arenas being tax-exempt in perpetuity.

But perhaps the most interesting tidbit that Roldo brings up relates to another aspect of public cost: police presence at the arena. This hasn't been discussed elsewhere at all, as far as I know. Via his own reporting (document obtained from the city, presumably), Roldo says that in 2016, the year of the RNC, Cleveland Police devoted more than 100,000 hours of time to protecting the arena. In 2015, without the RNC, 34,000 hours of police time were devoted to the arena.

"That's a hell of a lot of time," Roldo says, "and that's policemen being taken from neighborhoods to be down at the arena."

(These numbers need to be analyzed further before one can draw conclusions, but Roldo's basic point is that a Cleveland police presence at the Q is security provided by the public at no cost to Dan Gilbert. It's another built-in public contribution that's not quite as obvious, but still worth mentioning.)