The original 14-foot Euclid Tavern sign has appeared on Chicago Craigslist, and the seller is taking offers.

"This is THE ONE AND ONLY ORIGINAL Tavern sign when it opened in 1909," the post reads. "Taking offers, you will never find another one ever."

The seller appears to be located in the vicinity of Sharon, Ohio, north of Columbus. Maybe they thought they'd fetch better offers from the North Shore than from the North Coast?

The Euclid Tavern did indeed open in 1909, but according to Cleveland Historical, it became a "prominent fixture" of University Circle only in the late 1970s and 1980s. It was a hot-spot for the alt-music scene and remains widely known for the concert posters of local artist Derek Hess.

Though it closed in 2001, the "Euc" re-opened in 2014 with "Happy Dog at the Euclid Tavern" branding. These days, it's got a new version of the original sign: 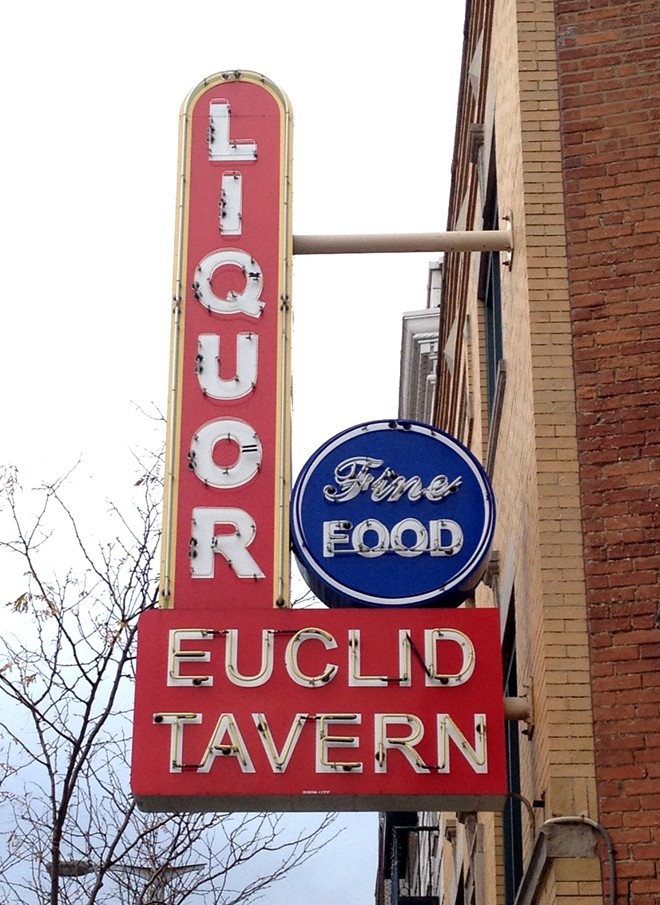