How to Know When It's Safe to Swim in Lake Erie 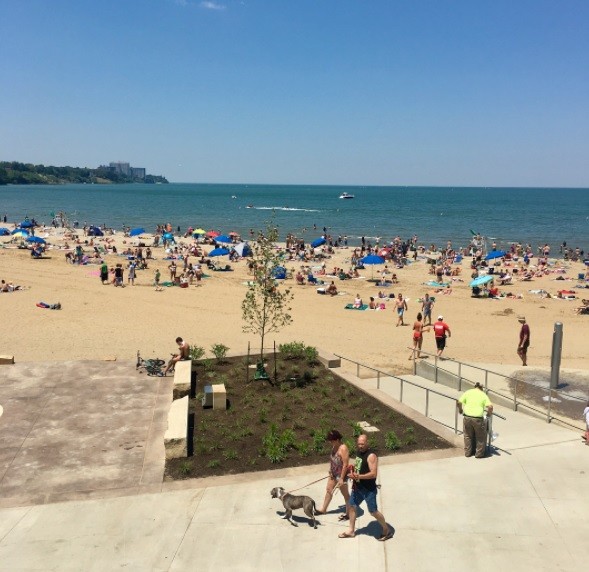 As the sun and humidity begin to permeate Northeast Ohio (finally), it's only right and natural to want to head to your local swimming hole. But with troubling reports of algae blooms and unsafe bacteria contamination in the Great Lake, how does one know when it's safe to take a dip?

Mary Clifton, recreation programs manager at the Ohio Department of Health, says that while no beach is ever officially closed in Ohio, there is an easy way to check for contamination.

The Ohio Department of Health's BeachGuard website offers up-to-date announcements on water contamination levels, based on daily water testing conducted by a team of state and county officials and scientists.

While swimming in Lake Erie, or any of Ohio's lakes, is a personal choice, Clifton says it's always best to check first.

"In Ohio we issue advisories so people can make the decisions that they are comfortable with," Clifton told Scene.

If an unsavory amount of bacteria is found at a beach, the spot will be listed with either a yellow, orange or red flag. You can guess which one is the worst.

Yellow Flag - Bacteria Contamination Alert
Posted when the level of bad bacteria in the water has reached unsafe levels and could make you sick. Children, the elderly and those in ill health or weakened immune systems are advised not to swim.

Orange Flag - Recreational Public Health Advisory
WARNING - An algal bloom is present and/or algal toxins have been detected. Swimming and wading are not recommended for: children, pregnant or nursing women, those with certain medical conditions and pets.

Clifton says that her office has seen a relatively low amount of harmful advisories in the coming years, but there's always a chance that could rise this summer.

So far, according to the map, Lake Erie beaches closest to Cleveland do not have advisory warnings of any kind. But it's still up to you to make the plunge or not.