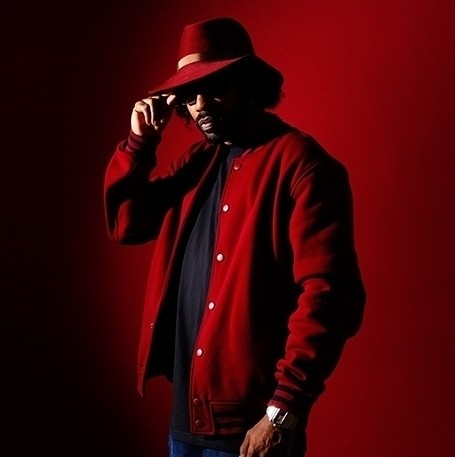 Pasadena-based DJ, producer and vocalist Dām-Funk (pronounced Dame) will be playing a late-night set tonight at the Cleveland Museum of Art's Solstice party alongside some of the best international talents the world has to offer. No slouch himself, Dām-Funk has worked with and is respected by the biggest and brightest including Todd Rundgren, Snoop Dogg, Ariel Pink, Juan Atkins and the late Junie Morrison. The Los Angeles Times recently bestowed upon him the dubious distinction of being the "Ambassador of LA Funk."

"I appreciate it," Funk says of the title via telephone. "I don't really trip off that because people make their own interpretations of what it is, but I'm honored that somebody can put me in that sort of space. Especially since I do feel like I'm underappreciated. So when you do remind me of that, it does make me feel like some of this shit didn't go in vain. I think what happens is that a lot of people study the underground, they take it and flip it and make it a little bigger, polished and touched up. Cats like me stay true to it, so whenever someone says that I just appreciate it."

Dām-Funk's discography officially begins in the late 2000s, but he's created music since the '80s when he was working for the Red Cross and still uses some of the same instruments to this day.

"Back then I was in my bedroom in Pasadena making tapes just for myself and my friends," Funk says. "I was never trying to get a record deal, it was like this free era. I was working day jobs and having my own boombox with me. I was working these driving gigs and I just made music because it was therapy, just something to get it out of your system. I would make my own albums and maybe pass it out to 5 people, if even that. I'd make my own covers at Kinkos. I was just in my own weird world. I was listening to Prince, P-Funk, Slave, De La Soul, A Tribe Called Quest and Roy Ayers mixed all in together. Then I was listening to house music and getting into things like Mr. Fingers."

Soon, Dām-Funk's talents began to garner him some attention on the local music scene. After years of grinding and a moment of self introspection, Funk found himself with a deal with Stones Throw Records.

"Eventually I started doing some music with gangsta rappers like Westside Connection because people realized I could play keyboard and they could utilize that to avoid samples," Funk recalls. "A lot of people didn't want to pay for samples in that '90s hip hop era on the West Coast. So I was starting to get picked for keyboard sessions, but I still had my day job"

Ricky Harris, the late great comedian who worked with Snoop and all them, had a comedy spot and he played drums in the band there also. Just from all these connections, he meet people in that world. Eventually, he was at one of these studios one night — Can-Am Studio where a lot of the cats at Death Row used to record.

"Mack 10 had the studio one night and I was doing some stuff with them and just seeing some incidents — nothing serious, but just the atmosphere," he explains. "There's like 20 dudes, guns just laying around... I just drove back home one day and Steve Arrington's 'Nobody Can Be You' was the song I played. It just inspired me and I thought, 'This gangsta thing is cool but I'm really about this funk.' So from that night on, I started getting back to my original dream of funk how it would sound in the future."

He started putting up tracks on MySpace and Peanut Butter Wolf discovered his music.

"I didn't try to force my music on him or anything," he says. "I think that's a thing that sometimes works if you don't force your music on people and just let it happen. I didn't try to bang him with demos or send packages. He knew I did music, but when he heard it on MySpace, he did it on his own time. It was a non-forced thing. I'm sure if I was pounding my fist on his door to get him to listen to my stuff it wouldn't have gone down the same way. I kind of ended up being discovered by Wolf later on while I was just making music for myself."

He also spun at the '80s-inspired dance party Funkmosphere that champions wax, boogie and funk music.

"So I was doing this club at the same time and making free CDs with these joints from the '80s," he says. "All of a sudden I find myself with a debut album on Stones Throw called Toeachizown which was a five record box set. And here we are now. I'm venturing off on my own. I gave Stones Throw 10 years and I'll always be appreciative, but this point I'm working with my own label, Glyde Zone."

While appreciative of his time with Stones Throw, Dām-Funk is excited about his most recent venture which is his own label, Glyde Zone Records, as he's putting the finishing touches on his third album.

"Yeah, even with the Nite-Funk thing," Funk says. "It was the collaboration I did with Nite Jewel and that was on my label. I made more from that— and money isn't my main motivation, but it seems like I made more business income from that than I did with the other labels. It's like when you take the reins for yourself and you're like, 'Whoa, I can do this for myself' but still be grateful for everything that's helped you get to a certain level in your life. So that's what it is now. I'm doing great shows in great cities like Cleveland and it's all a prelude to me coming out with my third official album. A lot of people don't realize that I've only released two official albums in almost 10 years now. It's all been EPs, 12-inches, collaborations, SoundCloud and stuff like that. This will be my third album coming out maybe around the top of the year."

Dām-Funk also appreciates the efforts of mainstream artists like Bruno Mars that seem to have reignited public interest in funk music.

"I thought I'd get back out there and shake some hands again and let people hear the style," Funk says. "Now that they've gone through the whole Bruno thing and all that stuff, it's time to check out what this shit really is and how it's delivered from my point of view. I'm actually grateful for Bruno and the other guys doing it as well from a commercial standpoint because a lot of Bruno's listeners wouldn't dig down deep enough to even check out my shit. It was definitely a blessing for cats like that to wake up one morning and say, 'I'm going to do funk today.' It was cool because it gave the people who hang out and bowling alleys and sports bars a way to say, 'Hey, funk is cool' and it opens more doors."

Dām-Funk refers to his brand of music as Modern Funk, which expands upon foundations already laid by the likes of Ohio Players, Prince and Sly Stone.

"'Modern Funk' is a term I coined in the late '90s," Funk recalls. "I saw on eBay that there were terms like 'modern soul' and I love the genre. It was a niche term for when you buy dirty sounding old 45 records made in bedrooms in the early '80s. It was a selling tool to identify those 45s from very obscure black artists who only had maybe 500 records pressed. As time went on, I thought that modern funk may be cool, as I was always looking for terms like 'melodic funk' or 'mellow funk' or 'mellow groove' because the type of music that I've always done was like Change, Slave or Aurra — those kind of vibes where they still had beautiful chords. So I was like Modern Funk. I don't really feel like I'm making boogie music, I play it during my sets but Modern Funk suits me more because I'm making funk from a modern perspective. It's all influenced by James, Sly, Ohio Players, Prince and P-Funk but it's a newer style because you can do instrumentals, you can use electronic drum machines, you can put beautiful chords. It's not just slaps all the time and it's more electric."

On social media, Dām-Funk uses his platform to promote positivity and also educate his followers about some of the funk music of the past.

"I just feel that we need to respect the people that opened up doors for us," Funk says. "It's a deeper conversation but I think that this generation's disconnect with the people who came before them is really based on what's in people's faces. I think they have a problem with the people in their lives. The reason why there is a finger being pointed at the older generation is because they didn't like what they saw in the older generation as far as single-parent household or dads doing certain shit or moms or whoever. Something happened. Maybe they grew up in a household that wasn't very favorable to them."

He says he came from an era where there were much more "stable situations" around. It was a time when "the next door neighbor could give you a whipping."

"It's all kinds of different energy out there now," he says. "They're not always right when they're picking on the older people. I always use this example: we never tripped off how old Prince was. We didn't care how old Roy Ayers was. We just liked the music. This generation is so obsessed with us. It's ridiculous. Why do you guys care so much about us, to diss us? We didn't do that. I didn't look at James Brown and Sly Stone and say, 'Y'all sit down!' I studied this and I think that this generation is mad at what went on; it's not just the music."

Funk says he keeps people on a pedestal because he's trying to influence younger cats underneath him.

"When they see me respecting all the cats who open doors, they might have a change of heart," he says. "Maybe they might go back and learn about someone like Patrick Adams who worked with Rakim and gave him the bass mic to make his voice sound like that. He was the king of underground disco but still he was in the studio with Rakim, maybe they'll think these guys are incredible after all."