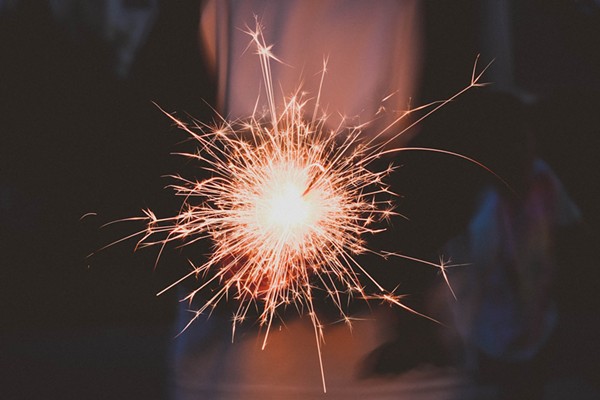 As the Fourth of July approaches, some might be ready to light up and put on a personal fireworks display for friends and families. Unfortunately, Ohio has some strict laws on setting off fireworks without an exhibitor's license. There was a bill proposed back in May to legalize fireworks for private use, but this summer they remain illegal. With that in mind, here's everything you're allowed to do to legally celebrate the Fourth.

While it is legal to buy fireworks in the state from an authorized retailer if you're 18 and older, you're supposed to agree to take them out of state within the next 48 hours. In 2015 a provision in the Ohio budget allowed those buying fireworks to skip the paperwork (aka the "liar's form") promising to take the explosives to another state in the next 48 hours.

Getting caught with consumer fireworks like roman candles, fountains, bottle rockets, and firecrackers is a first-degree misdemeanor, meaning you could get smacked with a $1,000 fine and up to six months in jail.

Novelty fireworks such as sparklers, snakes, snaps, and smoke bombs are fine to use. While not as exciting, they still provide a thrill or two and it's a lot better than spending a possible six months in prison.

Alternatively, you can apply to get your fireworks exhibitor's license, which will require a $50 fee and a 70-percent score (or better) on the written exam covering fireworks proficiency. The application can be downloaded here.

The Ohio Department of Commerce also has its own guide to having a safe and legal Fourth this year that you can check out here.