There's an almost overblown trend of bands getting into their third decade and deciding, for any number of reasons, to take an earlier album back on tour in its entirety. In most cases, to an individual, it's all a bit much. But of course we've all got bands that mean something very deep and personal and innate to us, and then, when those bands revive a vital classic, it can be like magic.

For many in Cleveland, we were treated to a dose of something very special in last night's Third Eye Blind show: the self-titled album, front to back.

I've written about the importance of this album of this band (despite its legal snafus and multiple personalities) here at Scene and elsewhere. With 20 years of listening under my belt, I went in last night with thousands of other extremely joyous fans. (The buzz was incredible at the Harbor Inn pre-show, and the crowd was in fantastic shape all night.)

The band began its set with some newer material from their last few albums. "Shipboard Cook," from Dopamine, worked really well. And "Wounded," which actually dates back to the band's second album, was stellar as always; the band took that song to step down onto the main stage and really expand the energy before the self-titled portion of the show.

Frontman Stephan Jenkins addressed the audience in an intermissionish way before the album, asking everyone to turn to the people around them and say, "I hope you're having a beautiful summer." There was something very ritualistic and sublime about that moment, like the last shared glimpse before eating a hit of acid. 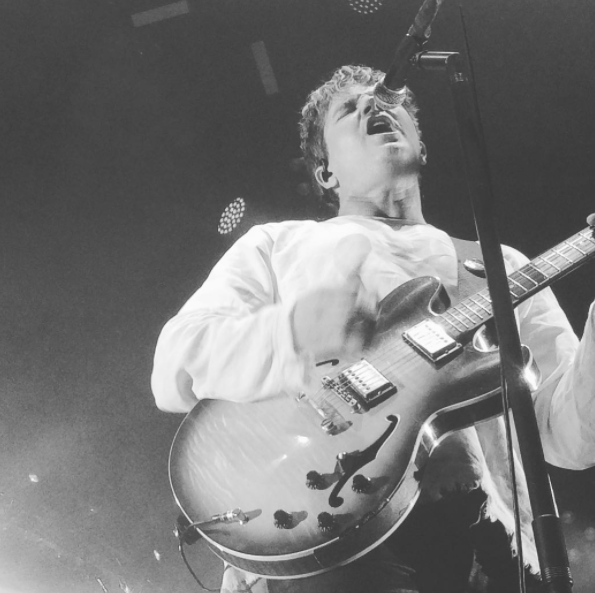 "Here's to your youth," Jenkins said, adding that, after all, it takes a certain kind of courage to gather together and make some magic in communion.

If you know, you know: The album begins with the blistering caffeinated ode to broken love, "Losing a Whole Year." It sets the tone for what I've always claimed is an album about a relationship, with the story all jumbled up and out of order. "Tonight is a love letter," Jenkins told the crowd.

There were the hits, of course: "Jumper," "Semi-Charmed Life," and "Graduate" all came in rapid succession to rolling excitement across Jacobs Pavilion.

"I Want You" featured a really cool little jam segment, with Jenkins once again addressing the capacity crowd. It was clear that, despite the sometimes-hokeyness of bands performing full albums, he knew that there was genuine love in the air last night. At this point, he introduced the rest of the of the band, including the only other original member, drummer Brad Hargreaves.

The band shoehorned in "Never Let You Go" before the album's haunting denouement, "God of Wine." That song, if my theory is to be believed, really is the final part of the broken relationship arc; it brings the narrative back around, closing the album in proper order. Everything exists in the past now, crystallized only in bittersweet memory and the damning realization that you can't change what happened, and you can't go back — even when your heart insists that you want to.

Although, of course, with a little magic and a beautiful summer night in a place like downtown Cleveland, sometimes you can.