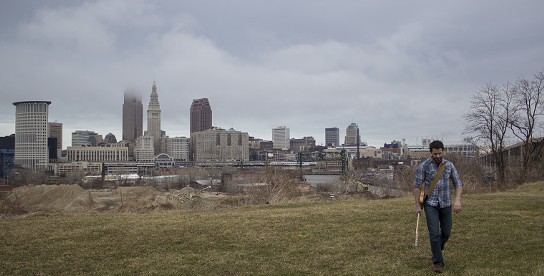 Ever since Ray Flanagan & the Authorities launched in late 2012, the group has emerged as one of the better indie acts on the local circuit.

Now, Flanagan has just announced that starting next month the group will perform on the first Sunday of each month at the Euclid Tavern.

“My vision is to do my part to uphold the Euclid Tavern as an important Cleveland rock ‘n’ roll watering hole,” says Flanagan. “There are not a lot of bands that do residencies anymore, for a lot of reasons, but the idea feels right to me. It will be a consistent place for us to grow as a band and for folks around us to grow with us."

Flanagan says he plans to hit the road a fair amount starting next year and thinks the Euclid Tavern might serve as a good home base.

"There are a million histories in the Euclid Tavern, and I think with it now being commandeered by the Happy Dog, with a new sound and a bit of a new identity, we can start some new traditions here," he says. "I want to try and build a solid homestead here in Cleveland for my art, as my art is more of a reflection of Northeast Ohio than anything else, by nature.”

The shows will take place from 7 to 10 p.m. Flanagan says he hopes to play every first Sunday through the year’s end.