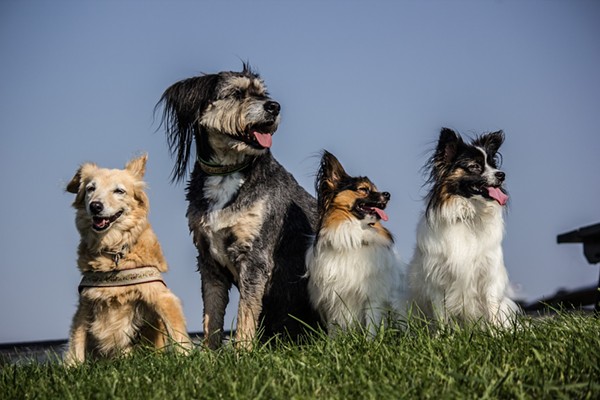 Naming a dog is a big deal. Once you've named your new furry friend, the attachment starts to set in and you'll find yourself saying "Fido" or "Bella" more times than you can fathom. It stands to reason that you should give your dog a good, solid name, something that easily rolls off the tongue.

Names like Bella (868 dogs), Buddy (706), Max (654), and Molly (550) all made the top 10 list of most popular dog names in Cuyahoga County, in that order. The 2016 data comes from the Cuyahoga County Animal Shelter, which compiles a list of all dog licenses registered each year.

Ohio law states that every dog three months and older is required to be registered and licensed by its owner. A one-year license fee is $20, a three-year license fee is $60, and, alternatively, if you never want to deal with the process of registering your best friend again, you can pay a flat fee of $200 for a permanent license.

The latter seems like a good idea if you want to give your dog a unique and apparently random name, like Walnut Wuttinansantikul or Perko's Mason Down By The Brookside, both registered to creative owners here in Cuyahoga County. Or maybe you named your dog something awesome like Van Gogh  and you want to brag about it every chance you get: Go for the $20/year license and enjoy your annual kicks.

Other delightful one-off names on the list include WILL.I.AM, The Duke of York Twp., Sylvia Plath Ford and Thunder Storm Jordan to name a few.

Two Cuyahoga County residents named their dogs after our 22nd president, Grover Cleveland. Another two named their pups Lady Godiva, a possible reference to the Velvet Underground song or perchance named after the countess who rode through the streets of Coventry, England, in protest of taxation.