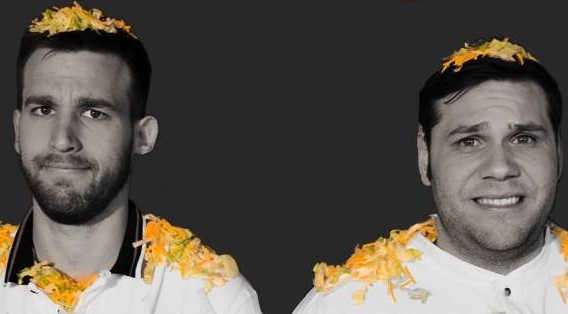 By now you’ve probably seen the mockumentary exposing the Steelyard Wal-Mart as “the worst Wal-Mart in America.” The guys behind it are Jake Barcus, Paul Schultz and Mike Clum of Taco Truck, a local comedy video production company.


The Steelyard Walmart video initially started as a joke, but the pair soon began working on it in earnest, not knowing exactly where the project was going.

"We just figured we would capture as much as we could and then make sense of it later," said Barcus.

Ultimately, they spent two months finding people to appear in the video who'd had genuinely bad experiences at the store, gathering footage and editing. All this was worth it, Barcus said, when the trailer-style mockumentary was met with an overwhelmingly positive response; most haven't challenged its message, that the particular Wal-Mart in Steelyard Commons is truly an abomination.

But the men of Taco Truck don't just make Wal-Mart mockumentaries — they also produce prank videos, parodies and music videos, like "Romper Rap 2017," which they wrote, shot and edited in 24 hours.

"We try to pay attention to what's happening, what's trending," said Barcus. "When something hits, we only have so much time before it's not relevant anymore."

While Barcus said they'd love to make full-length documentaries someday, they're currently enjoying what they're doing and are working to develop a larger audience, until they're "ready for something of that caliber."

“Right now,” said Barcus, “We’re just focusing on making great content and trying not to take ourselves too seriously.”