Stevie Nicks to Play the Covelli Centre in September 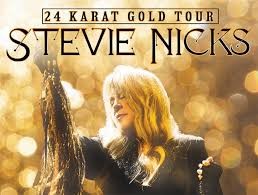 The album features tracks Nicks had written and had demoed decades ago but had never been included on previous albums.

Earlier today, she announced a new set of dates for the latest incarnation of the tour.

She’ll play the Covelli Centre in Youngstown on Sept 15. Tickets go on sale at 10 a.m. on Friday.