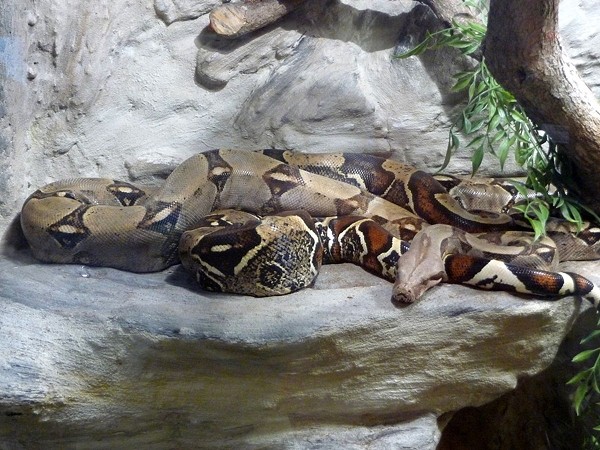 A Sheffield Lake woman got herself into quite a pickle yesterday, when her recently rescued pet boa constrictor wrapped itself around her body and began to bite her face.

Firefighters, who found the woman embroiled with the snake in her front driveway, sliced the reptile's head off with a pocket knife to stop the attack. The woman was then taken to the hospital for non-life threatening injuries.

Take a listen to the 911 call, in which the dispatcher tells the victim “I’ve never heard of this before,” right here.