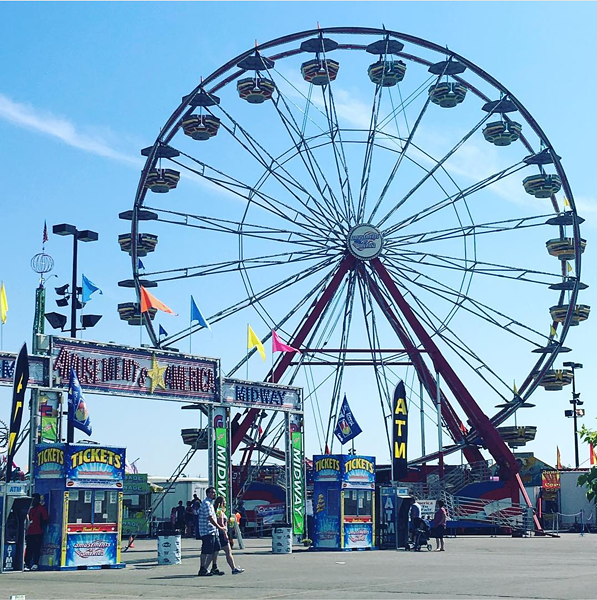 Rides at the Ohio State Fair are operating at normal hours again, after an accident last week that killed one and injured seven others. The decision came yesterday morning from fair officials.

All of the state fair's rides were shut down following the accident, in which 18-year-old Tyler Jarrell was killed on the Fireball ride. KMG, the Dutch manufacturer behind the Fireball, ordered all of their similar rides to be shut down worldwide pending an investigation, according to Fox Business.

The family of Jarrell has contacted a law firm and is preparing a wrongful death suit. "The law firm said Friday it has retained investigators to reconstruct the malfunction and determine how and why it happened. It says the investigators will work with police and other agencies," according to U.S. News.

Expectedly, attendance the day after the incident dipped considerably, down to 35,902, compared to the 44,996 who were there for opening day. Saturday saw a large turnout, 100,228 attendees, a bigger turnout than 2016's opening Saturday.

Data provided by the state fair shows that the opening day accident did have a significant effect on attendance. In days two and three of the fair, attendance was far below 2016.

"We had a very large crowd of people who came out [Saturday] despite the fact that the Midway rides were closed," Alicia Shoults, spokeswoman for the Ohio State Fair, wrote Scene in an email. "The fair is about more than just rides, and we have always felt that the diverse nature of activities we bring together at our fair – education, livestock shows, the beautiful natural resources park, entertainment – makes for a tradition families come to experience year after year. Seeing that families continued to come when rides weren’t in operation shows just that."