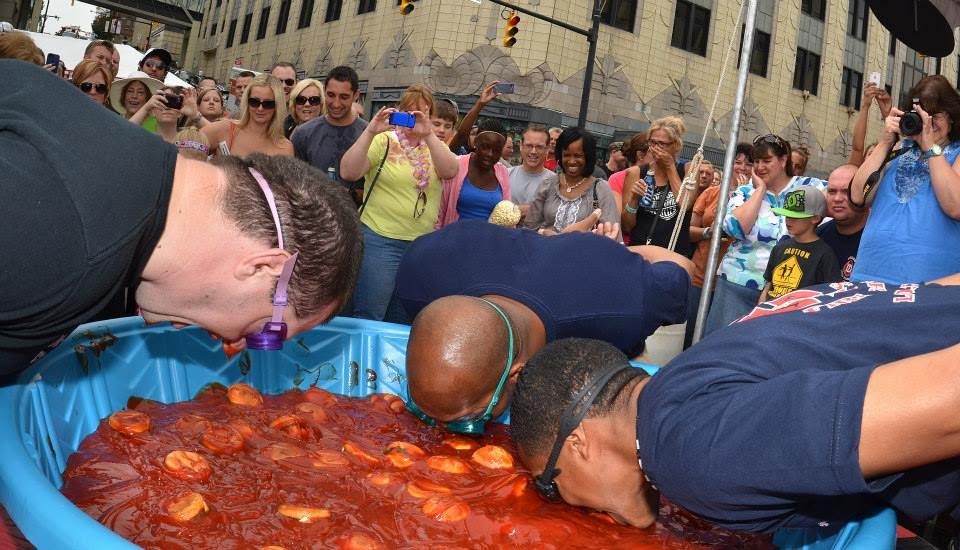 Now in its 12th year, the National Hamburger Festival keeps upping the ante and adding more activities. This year’s event will take place on Aug. 12 and 13 at Akron’s Lock 3. The event will feature more than 50 different kinds of hamburgers served by more than a dozen mostly independent eateries.

“In addition to featuring some incredibly popular live country bands this year, we’re thrilled to debut the first-ever Akron Ninja Challenge,” says festival founder Drew Cerza in a press release. “Both offerings—combined with an awesome line-up of burgers and beer—means the festival is shaping up to be one of our most popular.”

Hamburger-inspired activities include “bobbing for burgers” and the crowning of the Burger Queen will take place.

“At the end of the day, though, it’s all about the burgers,” says Cerza. “Last year, we made the mindful decision to ensure that most of our hamburger vendors are independently owned and operated. And, we’ll continue that practice this year. It’s just a reflection of our commitment to supporting local businesses here in the Akron-Canton area.”

Bands such as the Buck Naked Band, Justin Fabus, Shooter Sharp & the Shootouts, the Rhythm Syndicate and the King Bees will perform.

Buckeye Brewfest will return for the second year in a row and feature dozens of beers from more than 10 craft breweries.

Tickets to the Hamburger Festival, which include admission to Buckeye Brewfest, are $5.

And we love this special promotion: "During the National Hamburger Festival—located just steps from Canal Park—the Akron RubberDucks will take on the Binghamton Rumble Ponies on Aug. 12 (7:05 p.m. game time) and Aug. 13 (2:05 p.m. game time). Ticket holders to these games can present their ticket or ticket stub for free admission to the National Hamburger Festival on game day."