Two Men Charged in I-90 Shooting That Injured Four-Year-Old Boy This Week: UPDATE 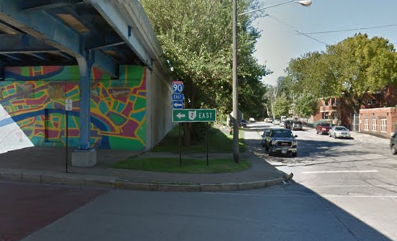 Leon Edwards and John Smith have been charged with attempted murder following the early Monday morning shooting of a 4-year-old boy. (See our original story below.) They have not yet been arrested.

Spurred by an apparent bout of road rage, the two suspects allegedly chased down a woman as she drove onto the Shoreway. They shot at the car on the East 55th Street exit ramp, critically wounding the 4-year-old.

A 4-year-old boy is in critical condition after being shot in the head last night near Dead Man's Curve in what is thought to be a road-rage incident.

Cleveland police report that the 4-year-old was conscious and breathing when he was taken to University Hospitals Rainbow Babies and Children's Hospital for emergency surgery Monday morning.

The shooting occurred amid an escalating road-rage incident that began near West 28th Street and Division Avenue, according to police. The mother of the 4-year-old said she honked her horn to pass a vehicle that was blocking the road there. The vehicle, a white four-door Pontiac with tinted windows, then reportedly followed her onto the Shoreway before one of the occupants opened fire.

Two African-American males were said to be inside the vehicle. Police are searching for the Pontiac.