Trans-Siberian Orchestra to Play the Q in December 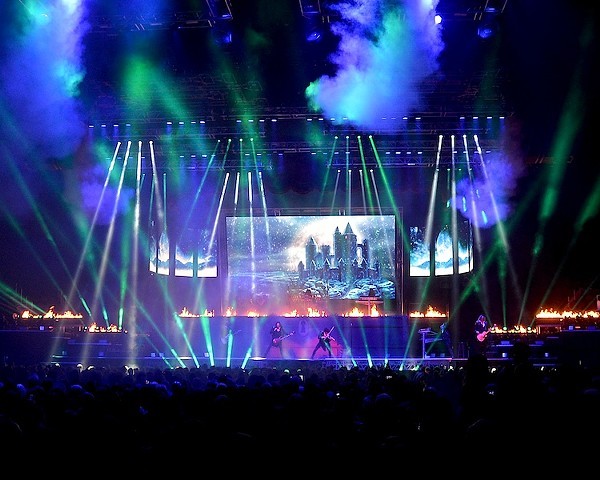 Trans-Siberian Orchestra suffered a major loss earlier this year when charismatic founder Paul O’Neill died. But in the wake of that tragedy, the group has decided to solider on and has just announced dates for its Winter Tour 2017.

According to a press release announcing the dates, the tour, which launches on Nov. 16 in Erie, will present “a completely updated presentation” of the DVD The Ghosts of Christmas Eve.

Performances take place at 3 and 8 p.m. on Dec. 29 at Quicken Loans Arena.

Prior to his untimely passing, O’Neill worked with the TSO team on developing the tour. The retooled rock opera will feature tracks such as "Christmas Eve/Sarajevo 12/24," "O’ Come All Ye Faithful," "Good King Joy," "Christmas Canon," "Music Box Blues," "Promises To Keep" and "This Christmas Day." A second set will feature "greatest hits and fan-pleasers."

As in all previous years, a portion of every ticket sold will benefit select local charities. To date, more than $13 million has been distributed from TSO to charities all across North America.

In July, TSO suffered another tragic loss when longtime bassist Dave Z (David Zablidowsky) died. Fans who would like to make additional donations in O'Neill or Zablidowsky's names should take the band's advice and "do something unusually kind or generous for someone less fortunate or for someone who could just use a helping hand."

The Winter Tour 2017 pre-sale opens to fan club members on Sept. 6. Tickets go on sale to the general public on Sept. 15.