Before last night's preseason game against the New York Giants a dozen or so Browns players knelt and prayed on the sideline during the National Anthem in the largest silent protest by an NFL team to date. The group even included tight-end Seth DeValve, the first white player in the league to join the protests.

Coach Hue Jackson had previously spoken out in discouraging his players from protesting and last night said a bunch of gibberish distancing himself from the act and the team, in a statement from a spokesperson, did the same, saying, "As an organization, we have a profound respect for our country’s National Anthem, flag and the servicemen and servicewomen in the United States and abroad. We feel it’s important for our team to join in this great tradition and special moment of recognition, at the same time we also respect the great liberties afforded by our country including the freedom of personal expression.”

Reaction thus far has been predictably level-headed and thoughtful, and that sentiment has been expressed no more clearly than on the Browns' Facebook page last night and this morning, where a wave of considerate, open-minded and un-reactionary (white) fans have blitzed the Review section with 1-star reviews and promises to cease watching or supporting the team, and even one pledge to become a Steelers fan, because if they can't have their football sanitized and scrubbed of individuality and concern for justice in America, they don't want their football at all. Enjoy. 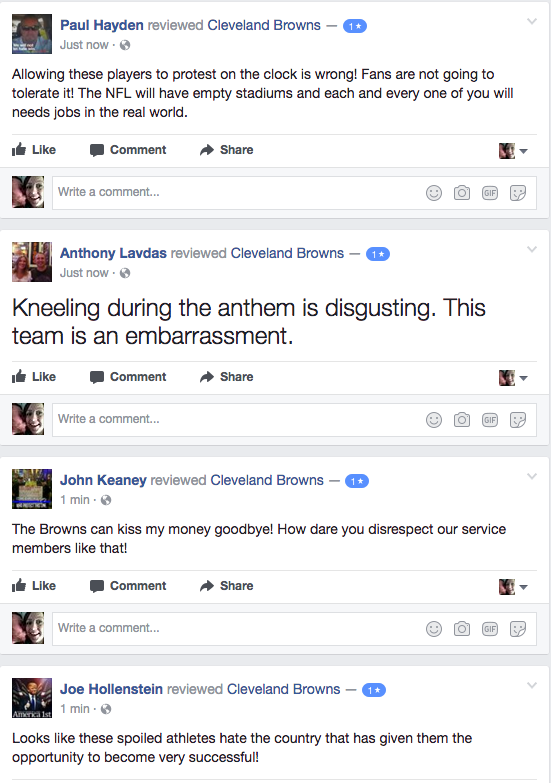 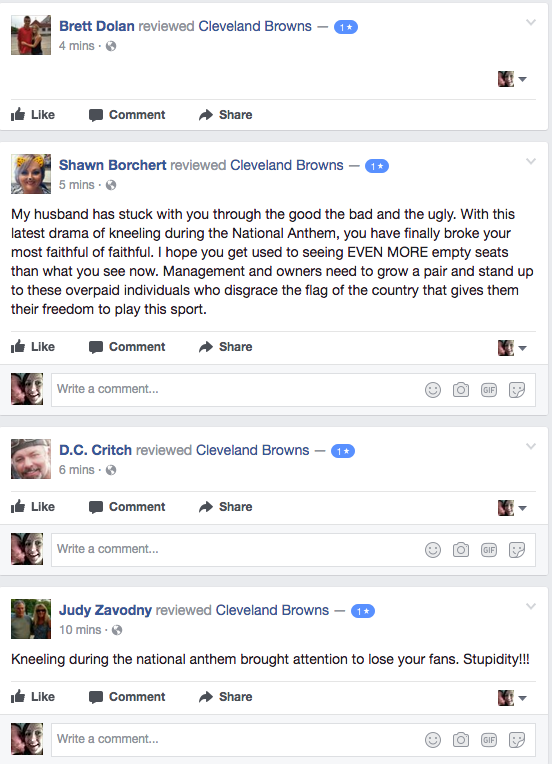 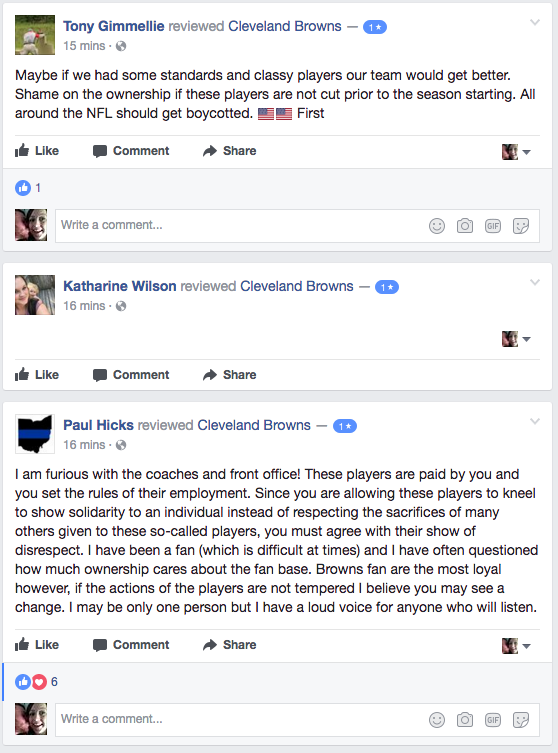