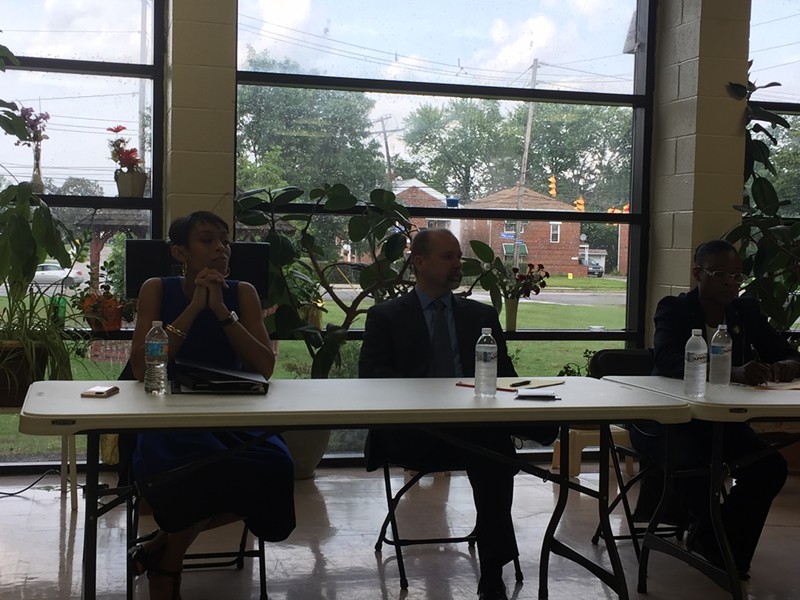 Brown had been endorsed by key Democratic elected officials in the region, including Congresswoman Marcia Fudge and County Executive Armond Budish, not to mention Cleveland City Council President Kevin Kelley and almost every other member of council. But Brown was explicitly not endorsed by outgoing party Chair Stu Garson.

Garson sent a strongly worded letter to members of the party's central committee last week endorsing either Elkins or Williams, advising that fundraising — the organization's chief function — would be impossible if donors don't trust the integrity of the Chair.

"Future chairs need to understand," Garson wrote, "that successful fundraising is about their character and ability to convey that the Party is governed by its principles and our community's public interest."

The letter was in response to circulating rumors within the party that suggested Shontel Brown might (wittingly or not) be an instrument of powerful factions within the party. Those factions had reportedly sought a Chair that would do their bidding. At a forum last Tuesday, Brown addressed the rumors, insisting that she was confident in her abilities and was "not a puppet." Her competitors and other observers weren't convinced.

Nor, evidently, was Garson. By endorsing two of the three candidates, he was effectively saying: anyone but Shontel Brown. It was a striking rebuke to the roster of powerful regional leaders who lined up to endorse her.

In his letter, Garson said that he'd worked for years to elevate "process over personality" in the organization, particularly as it related to candidate endorsements. He said that the future of the party depended on continuing this tradition.

"Any prospective Chair who attempts to pick between candidates before endorsement or engineer a predetermined result will be moving the party back to a dysfunctional past instead of building on the fragile progress we have achieved up to this point," he wrote.

His words were weighted with experience: Garson has been Party Chair for the past seven years and has worked to rehabilitate the party's image in the wake of the Jimmy Dimora years. That work has been difficult. He said it wasn't unusual for him to spend 25-30 hours per week in his role on top of his full-time job as a lawyer.

Garson's stated reason for stepping down early — his term doesn't officially end until next June — was so that the party wouldn't be bogged down by internal feuds during next summer's campaign season. This is crucial, as both Elkins and Williams alluded to Tuesday, because having a leader who can secure even a handful of extra Democratic votes in precincts across the county could move the needle on statewide elections. Brown’s work is cut out for her.