A Cuyahoga County grand jury issued a "no-bill" today in the case of Matthew Rhodes, the Euclid police officer who shot and killed Luke Stewart on March 13. No charges will be filed against him.

The grand jury hearing comes at the conclusion of a formal report by the state attorney general's Bureau of Criminal Investigation. Within hours of the shooting the case was out of the city's hands, and BCI had taken over. (The state attorney general's Special Prosecutions Unit presented the case to the Cuyahoga County grand jury, rather than Prosecutor Mike O'Malley.)

Full details of the shooting have yet to be explained to the public. A police report was released, though no statement from Rhodes was included (nor any video footage). According to the police department, Rhodes was responding to a suspicious vehicle report on the morning of March 13, and a chase ensued. At some point, Rhodes entered Stewart's car on East 222nd Street and shot him multiple times. Stewart was unarmed, according to BCI. 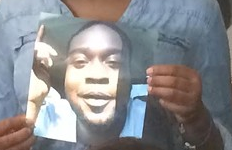 Just last week, Rhodes was reassigned from the streets to desk duty. That move only happened after a fairly massive protest and rally brought a Euclid City Council meeting to a halt earlier this month. On Aug. 21, the family of Luke Stewart repeatedly asked Mayor Kirsten Gail and Police Chief Scott Meyer for a sense of accountability from the police department's actions and subsequent silence.