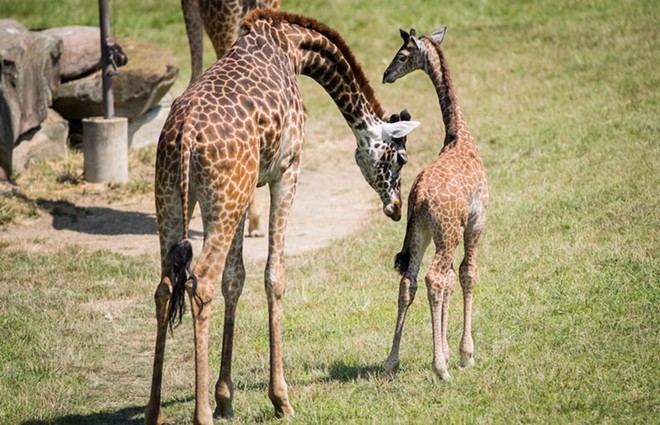 Just a few weeks old, Cleveland Metroparks Zoo's new baby giraffe finally has a name, as chosen by the public.

"Zawadi, which means 'gift,' was selected by guests through donations towards conservation efforts," the zoo announced on its Facebook page today.

Guests were asked to vote for one of four names — Abidemi (meaning born during father's absence), Ikenna (meaning father's strength), Ogbonna (meaning image of father) and Zawadi — by placing small donations to the Future For Wildlife Fund, an organization dedicated to protecting endangered species, into one of four name boxes at the zoo. The final four names were selected to honor the baby's father Travis, who passed away last summer.

Zawadi continues to grow quickly and now stands at an impressive 7-feet and 210 pounds.