9 Concerts to Catch in Cleveland This Weekend 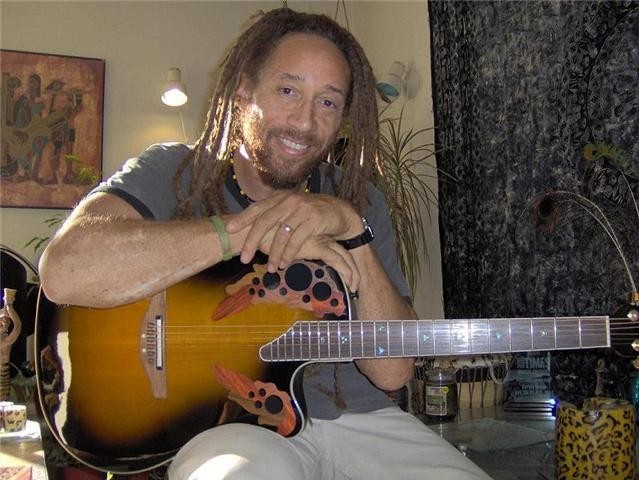 Local reggae act Carlos Jones and the PLUS Band rank as one of the hardest working groups in the region. Jones started out as a sideman local favorites I-Tal in the late '70s and then went on to be the front man for the rock/reggae group, First Light for many years. With the Peace Love Unity Syndicate, aka the PLUS Band, he embraces positive vibrations and roots reggae sounds. His annual Reggae for Food concert raises money for local charities. (Jeff Niesel) 8 p.m., $20 ADV, 25 DOS. Music Box Supper Club.

Heights Music Hop features a whole bunch of local bands performing for free in three separate Cleveland Heights business districts. Today, venues in Cedar Fairmount will host the shows, and venues in the Cedar Lee area will feature performances tomorrow. Music begins at 6 p.m. today and at 3 p.m. tomorrow. A complete schedule of performers and venues is available on the website. (Niesel) heightsmusichop.com.

Rock Hall inductees Deep Purple and Alice Cooper have teamed up for this summer jaunt that also includes classic rockers the Edgar Winter Band. Cooper actually has a new album to promote. His latest effort, Paranormal, comes off as a particularly potent collection of tunes that features guests such as U2’s Larry Mullen, Jr., who plays on 9 of the 12 new songs, ZZ Top’s Billy Gibbons and Deep Purple´s Roger Glover. Expect to hear a slew of songs from it alongside classics such as "School's Out," "Billion Dollar Babies" and "No More Mr. Nice Guy." (Niesel) 7 p.m., $25-$89.50. Blossom.

Two of hip-hop's best lyricists, Nas and Wale, team up for tonight's show at the Agora. On 2012's Life is Good, Nas delivers a series of semi-autobiographical tunes while incorporating strings and piano loops. "Accident Murderers" features rapper Rick Ross, who matches Nas' bravado with a series of well-placed "ohs" and his husky vocals. Shine, the latest effort from Wale, opens with the soulful "Thank God," a tune that finds rapping over stuttering percussion and minimal production. Given the political dimension of so many of Wale's tunes, Wale is an appropriate opener for tonight's show. 7 p.m., $42.50. The Agora Theatre.

It's probably best to start squealing with delight now, just to get warmed up. Ed Sheeran comes back to Cleveland tonight and fans worth their salt will need to scream their brains out at the show. The 26-year-old Brit, who recently made a controversial appearance on Game of Thrones, is, after all, one of the most swooned-over singer-songwriters on the planet. Touring behind his new album Divide (stylized as ÷), the one-man act is sure to play all of those radio hits like "Shape of You" and "Castle on the Hill," along with all the sappy old tunes. Get ready for the noise. (Laura Morrison), 7:30 p.m., $29.50-$99.50. Quicken Loans Arena.

Cast in the Fela Kuti mold, Antibalas has kept the vigorous Afrobeat spirit alive through dozens of musicians since the late 1990s. (Some of the founding members are still in the band too.) You can’t go wrong with any of the band’s output, but check out 2012’s self-titled album for a good sense of the energy in this music. This is a cornucopia of percussion accented with bright brass and strains of proud dub and funk throughout. Tunes like “Dirty Money” and “Him Belly No Go Sweet” hint at the syncopated dance grooves that accompany Antibalas’ live show. Consider this the exact sort of party you need to cap another sweet summer on the north shore. Bring your dancing shoes. (Eric Sandy), 8 p.m., $17 ADV, $20 DOS. Beachland Ballroom.

The Mavericks have a sound that true to their name, is hard to pin down. Sure, the band might’ve made a lot of noise on the country radio charts in the ‘90s, racking up a string of hit singles in that format, but it’s anything but strictly a country band. In fact, across the history of the group, which now spans nearly 30 years, it’s continued to expand on and wrap in more of its collective influences, genres be damned, to create music that incorporates any sort of style you might be able to conjure — all in the name of good songs. (Matt Wardlaw) 7 p.m., $35-$60. House of Blues.

Alternative indie pop rock band Never Shout Never (aka Christofer Drew) and his fellow band mates have released more than 100 songs in the relatively short time that they’ve been a band. Two years ago, Drew delved into his back catalog and picked out a few fan favorites to rerecord for Recycled Youth. A "re-imagining of nine previously released songs but recorded with entirely new styles and instrumentation to make them unique once again,” the album was the first installment of what Drew, whose wispy, high-pitched voice can silence a noisy crowd of punk rockers, has said will be a regular series. Expect to hear some of those songs at tonight's show. (Niesel), 8 p.m., $20. Grog Shop.

As Sleeping with Sirens frontman Kellin Quinn started to write the songs for Gossip, the post-hardcore band’s latest effort, he had one goal in mind. He wanted to write songs that reflected his maturity. He succeeded. For Gossip, the band teamed up with producer David Bendeth (Paramore, All Time Low), whom Quinn says had a “clear vision” for the album. The mid-tempo “Empire to Ashes” features upper-register vocals as Quinn sings about “not giving in” before gang style vocals kick. The tune even features a mid-song spoken segment with some really poetic lyrics. With its shimmering synthesizers and echoing vocals, “Legends” features layers of vocals. Quinn worked with 30 Seconds to Mars bassist Stevie Aiello on turning the song into something special. Expect it to get a great response when the band performs it at tonight's show, part of a small hall tour to build anticipation for Gossip's release. (Niesel), 6 p.m., $23.25 ADV, $27 DOS. Agora Ballroom.