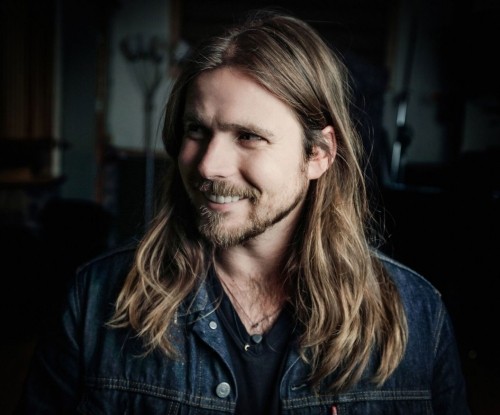 Lukas Nelson & Promise of the Real recently issued their rootsy, the Band-inspired self-titled debut. Produced by John Alagia (Dave Matthews Band, John Mayer), the album veers from country-ish singer-songwriter fare ("Just Outside of Austin," which features a classic Willie Nelson guitar solo) to soulful dirges (“Set Me Down on a Cloud”).

In separate phone interviews, the two brothers, who play with their respective bands as part of the Outlaw Music Festival that comes to Blossom on Friday, Sept. 15, talk about their respective new albums and their father’s influence.

Given your upbringing, I would think you started writing songs at an early age. Do you remember the first song you wrote?
Micah: I actually didn’t start write songs until I was a teenager. I started playing harmonica in my dad’s band when I was 3. I’ve played music my whole life. As far as writing my own songs, I think the first song I wrote was called “Mosquito” and it’s on the Insects vs. Robots album from 2013. I wrote it on the charango, which is a 10-string Andean folk lute that I picked up in Ecuador. I don’t know if it was the first song I ever wrote, but it was the first one I wrote that was any good. You have to write a lot of bad songs to get them out of your system to come up with something you don’t hate the next day.
Lukas: The first song “You Were It.” It was good. Dad put it on his record It Will Always Be. He sang it and recorded it. I was like 11 years. It was very cool.

How did growing up in Austin influence your artistic sensibilities?
Micah: Well, I grew up there but started going to school in Maui. I was mostly in Maui, and I didn’t move back to Austin until I was 17. It influenced my sensibilities from a young age because I would be running around the woods and looking up at the stars and expecting to be abducted by aliens at any moment. Even in Maui, I felt like that. Sitting outside with the trees in nature had a big influence on my art.
Lukas: I grew up in Austin. There were creative people around, and I spent some time on Maui, and there were creative people there. There was more rock 'n’ roll and psychedelia there. Everywhere I go there, there’s creativity to be harvested.

What it’s like to try to establish yourself outside of your father’s huge shadow?
Micah: I guess I felt like if I’m going to leave something real in the long run for myself or anyone, I should be different from him. He’s been a huge influence on me in so many ways. I grew up with my own influences just like he did. I guess I decided I’d rather be myself and be a lot happier and ultimately more successful if I can do something different and more representative of who I am and who my influences are. It was never a deliberate thing. I just can’t be anyone other than who I am.
Lukas: I think for some people, it’s hard to accept that a young person who grew up in a privileged way compared to most people could also relate to them when they have pain. It’s hard for some people to find meaning in that, but there are lots of people who seem to find meaning in my music, and it’s separate from my dad. My dad touched people in such a genuine way and the way that music carries that on in a subtle way. It’s like in Game of Thrones; all of them are defined by their parents. It’s a huge part of the character development. That’s how it’s been in our world’s history. We see people and if someone becomes well known, we tend to forget their parents and leave those parents behind unless they’re well-known themselves and they form a lineage or dynasty.

You and your brother are both playing here. Talk about the similarities and differences in terms of your musical styles?
Micah: It’s hard to define. He has more of the country music aspect of my dad, and I picked up more of the jazz influence. We both love songwriting. Where my brother is very much a pure musician, I’m more of a visual artist who uses music as a medium. I think that’s a simple way to define it.
Lukas: I have a completely different style, but we have shared roots. Those roots bring everything together.

Talk a little about your new album. What are some of the influences you draw upon for the album?
Micah: We might be here all day. There’s definitely Neil Young and there’s lots of David Byrne in there and some David Lynch in there actually. There’s Bowie. Lots of Davids. There’s Radiohead and Nirvana and Flying Lotus. There’s definitely a lot of Incredible String Band, Beatles and John Lennon and Pink Floyd, especially Syd Barrett. There’s Aphex Twin. When I was a kid, I remember me and my brother went through a phase when we were really into Benny Goodman. We were 7. Lots of things stem from that. Film soundtracks too. In middle school I wanted to be a filmmaker and I was listening to film scores and interested in Danny Elfman and Howard Shore and the Steve Reich ensemble. The second album I put out this year, Everything is Bullshit, is a totally different thing. I bought a cassette four track. I had a lot of songs floating around that I wanted to get out. I also wanted to learn how to use the studio so I could record analog without going into the studio. I thought the best way to learn was to make an album. I had these songs that were like jokes and based on weird dreams. They were funny and catchy and I thought it was a different approach but represented me as an artist. It started with “Everything is Bullshit.” I think it’s great. It’s very different. It doesn’t take itself very seriously. I realized later that the song are about small things that are silly and insignificant but something changes and they become big things and take on a different meaning. If you listen to them, it’s easy to make associations and they become profound songs. “Everything is Bullshit” started out as a way to make my girlfriend laugh. It worked. We were feeling depressed because we were reading the news. She said, “Everything is bullshit,” and I started singing it. Eventually, I was playing it for Neil Young and it just kept going. I was making up words off the top of my head. It’s not overly cynical. To me, it’s a healing song. It made us feel better. I thought, “Great. There’s something there.”
Lukas: The Band is one of my biggest influences. We follow a similar career trajectory that they do. We started off on our own, writing songs and playing rock ’n’ roll. A major music star who’s a major legend asked us to join him and play with his band, and we did. And now we’re doing our own thing but working with Neil [Young] and put out music that encompasses the best music that I love. I don’t want to get so crazy and out there. I don’t listen to out-there music so much. I listen to organic down-home music like Neil Young or Bob Dylan. I listen to the gentle side of John Coltrane. I listen to Tom Petty and Stevie Ray Vaughan and Jimi Hendrix and Pink Floyd. I am not trying to push electronica barriers or take people on some crazy train, though that does to happen in a live show sometimes. Sometimes in a live show, we get transcendent and it feels like church and there’s a soul thing happening.

The Outlaw Fest should be a great show. Talk about what it’s going to be like to share the stage with your father and brother. To what extent do you embrace an outlaw mentality?
Micah: That depends on what outlaw means to you. To some people, it means wearing a cowboy hat but it really has nothing to do with that. Originally, it’s about a creative spirit and a fearless original feeling that comes out of someone who isn’t compromising their art and not trying to cater to anything and is just doing their thing in spite of expectations that anyone might have. That’s outlaw to me. I think everyone could use a little of that. You could get deep with it and think in terms of the idea of thinking critically about something and asking yourself if something is real or bullshit. Ninety-nine-point-nine percent of the time, it’s bullshit. At that point, you can decide if you want to subscribe to it and which bullshit works for you as a person. That’s also what it’s about.
Lukas: My song “Running Shine” is literally about outlaws. It’s about doing what you got to do to survive. It might not be legal, but it’s still what you got to do.