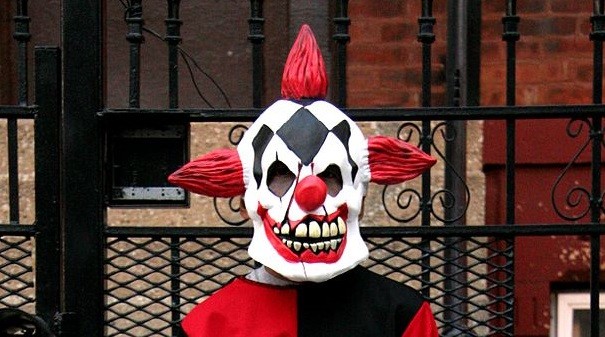 Thanks to the new film It, clowns continue to get a bad rap. And a weekend incident in the Youngstrown area won't help that reputation.

One father disciplined his daughter Saturday night by chasing her around their Boardman Township neighborhood in a clown mask, police said. The chase turned into a fiasco when the 6-year-old girl jumped into a random car and also a nearby apartment, yelling a clown was following her.

A bystander in the apartment building then shot a bullet into the ground to stop the madness.

The father, who's charged with inducing panic and child endangering, told police arriving on the scene that he chose the clown scare tactic over spanking his child for misbehaving.

The man with the gun was charged as well ... for employing weapons while intoxicated.