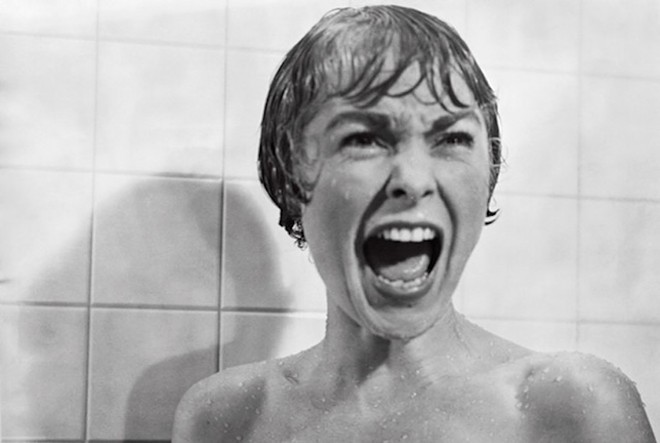 As October looms each year, we're inclined to dust off the half-baked horror scripts we've half-written since ~'99. It's difficult not to, what with the seasonal genre film releases, Cleveland Cinemas' 12 Hours of Terror, and the regionally appropriate home and lawn decorations.

The good news is, if we ever wanted to actually move from pre-production to production, Cleveland turns out to be a gold mine for terrifying venues. The Greater Cleveland Film Commission helped us pick five of the spookiest. Some have already been used in Hollywood movies. Others are waiting .... to haunt or infect or feast upon your crew.

In any case, here they are:

Greenwood Farm: "This house in Richmond Heights was used in last year’s horror hit The Bye Bye Man, as well as the Adam Scott horror comedy Little Evil, on Netflix now. In one of the pictures, you can see the claw marks left from the Bye Bye Man himself, who was portrayed by veteran "creature actor" Doug Jones."

Scene Horror Premise: A spunky millennial couple purchases the property with designs to rehab (and maybe convert to an art school or non-profit studio?) but little do they know: The farm was once an orphanage for disabled children, all of whom were brutally abused by the drunks and degenerates who would pay the orphan masters to rape and torture the unwanted wards. The embittered ghosts of these children now haunt the farm and terrorize the spunky couple. Working title: Gut Rehab.

Superior Viaduct: "This is my favorite location in Cleveland. The Superior Viaduct was the city’s first high-level bridge crossing the river, but closed in 1920. Now it houses one of the city’s coolest subterranean locations that served as Loki’s lair in Marvel’s The Avengers."

Scene Horror Premise: Bear with us. We're thinking sort of a cyberpunk, post-apocalyptic Gladiator meets Death Race. Aping the technocrats who'd laid waste to the 21st century economy, a new demented leader forces indentured servants to duel — maybe joust? — for sport. After losing her mother to the competition, (in fact, maybe she has to kill her mother herself!), a young jouster organizes a revolt. Working title: Track Girl Pauline and the Foment Moment.

Betty’s Motel: "Betty’s Motel in Geneva, Ohio is a location that could be equal parts rustic refuge for leaf peepers enjoying the fall foliage on the north shore, or the set of a classic slasher film in which an unassuming employee/homicidal madman lives his best life at other people’s expense. Dealer’s choice." 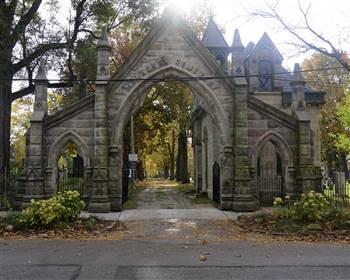 Monroe Cemetery: "Monroe Street Cemetery is one of Cleveland’s many Historic Landmarks, with burials dating back to 1818, and serves as one of the best examples of how such a solemn yet spooky place can be so beautiful."

Scene Horror Premise: Set in the early 1900s, an African-American grave digger is forced to dig unmarked graves for lynching victims. The grave digger, pushed to his boiling point, goes on a rampage. Working title: By the Neck 'til You Die.

Marquard Mansion: "You know that movie where a bunch of people go to a seance in a big, old, magnificent house as a goof, but then they actually contact the dead and horrible things start happening? That movie would take place here. Vincent Price would love this house."

Scene Horror Premise: A bunch of people go to a seance in a big, old, magnificent house as a goof, but then they actually contact the dead and horrible things start happening. (Where'd we hear this before?) Working title: Ouja 2: The Dry Fuss of Air