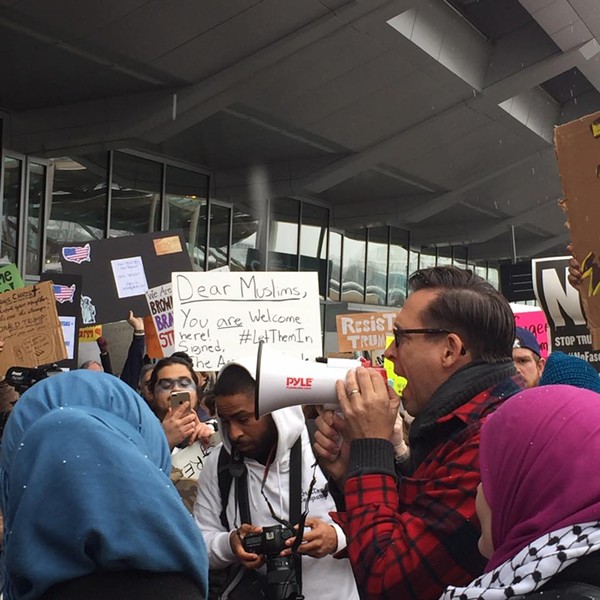 On the steps of Cleveland City Hall Monday evening, Ward 14 Councilman Brian Cummins challenged his opponent, Jasmin Santana, to a debate before the November 7 general election.

"I will debate you any place, anywhere, that is done in a fair manner," Cummins said, a blockade of Hispanic leaders and pastors behind him. "You did not debate in the primary election. My supporters want to see a debate between the two candidates for our ward, and I challenge you to that debate."

In addition to the Plain Dealer's endorsement — the paper called the Ward 14 race a "stew of distemper," for the win — Cummins received official support from former councilman and 2017 primary candidate Nelson Cintron, candidate Omar Medina and more than 10 religious leaders from his ward.

Cummins is on the offensive, though, after Santana defeated him in the primaries last month. When the official results were tabulated, Santana's lead actually increased. She won 405 votes (35.5 percent), compared to Cummins' 371 (32.5 percent).

Santana is Puerto Rican. Among other things, she has said that Ward 14 — the city's most densely populated Hispanic ward — should have a Hispanic representative. She is a former community outreach coordinator with MetroHealth and wants to improve the civic literacy of her constituents, especially women.

Cummins and Ward 1 Councilman Terrell Pruitt, who was bested by opponent Joe Jones, were the only incumbent councilpeople who were not their ward's top vote-getters.