There is Now an Austin Jackson Bobblehead Commemorating His Historic Catch 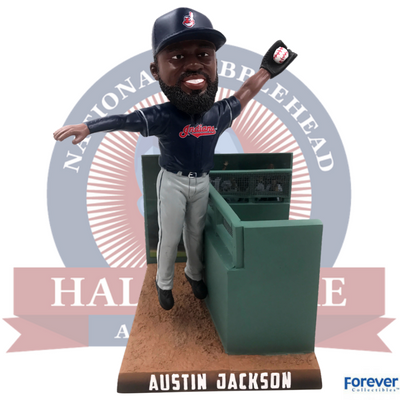 A limited edition Austin Jackson bobblehead, commemorating the Indians outfielder's historic over-the-wall catch on August 2, was released this morning by the National Bobblehead Hall of Fame and Museum.

Only 1,000 of the items, individually numbered, are available for purchase exclusively at the hall of fame's online store, ($40, with a flat rate shipping fee of $8. Deliveries can be expected by early December.)

"As soon as we saw Jackson’s unbelievable catch, we knew that it had to be turned into a bobblehead,” said Phil Sklar, Co-Founder and CEO of the National Bobblehead Hall of Fame and Museum, in a press release. “Bobbleheads are the perfect way for fans and collectors to commemorate iconic plays like Austin Jackson’s catch.”