You Can Now Visit a Witch Museum in Cleveland

Cleveland has a new museum, one featuring a broom-riding witch and a black cat on its front window pane. But don’t think it’s some sort of seasonal Halloween ploy.

The pocket-size witch museum, accessed from inside A Separate Reality Records on West 14th in Tremont, is meant as a family-friendly tourist attraction mostly focusing on the modern Wicca movement in America and Britain. The treasures displayed in this room are curious — a mandrake root, black and white photos of women in high priestess garb, a broom and crystal ball previously owned by well-known witches — and that’s the point.

Slane moves to show off one of the most unusual items in the gallery: a compact black box allegedly containing a demon. It’s an object she and husband/museum curator Steven Intermill have never opened, even when people have offered to pay exorbitant sums to do so. Although she isn’t particularly religious or spiritual, Slane said there are some things you don’t mess with.

The couple always wanted to run a museum, Slane said; the only problem was they didn’t have a venue or even a collection to showcase. That all changed last summer when they procured artifacts from an old museum started by Raymond Buckland, someone with whom they were unfamiliar. 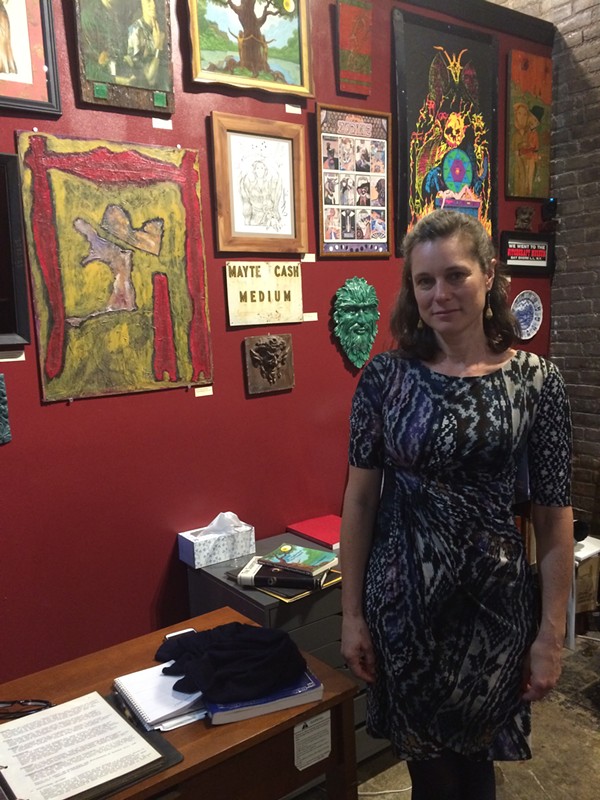 Buckland, a renowned British American witch who passed away in Ohio only last week, started the museum in New York in the ’60s. The original idea was that, “If you want people to understand witches and not be upset they’re in the neighborhood, you need to tell people what this is about. It’s not devil worship, it’s nature worship,” Slane explained.

Over the years, the collection bounced around from the East Coast to New Orleans, eventually landing in the Columbus area, its last stop before the Slanes acquired it.

In April, the pair officially debuted the museum in Tremont, bringing out more than 300 guests, including Buckland, to the opening reception. And while people, and famous internet cats like Lil Bub, have since traveled to visit the feast-for-the-eyes spot from all over the country, the pair has been weary of advertising too much locally.

“A lot of people in Cleveland don’t know about us,” Slane admitted, “partly because we weren’t sure how we would be received at first. There have been a few people that come in that don’t get it and are upset. Maybe they think it’s a Harry Potter thing and then they see this is real. But for the most part, we haven’t had any problems.”

All the same she said they have patrons enter through the back door, not only to keep a partnership with the record shop, but also safety concerns. Yet, she said, running one of the country’s only witch museums is a worthwhile endeavor.

“It’s important as a history to have all these items together,” Slane said. “We like to think of this in some ways as a First Amendment museum. This is a place where all of these things can still exist.”