Singer-Songwriter BØRNS to Play the Agora in February 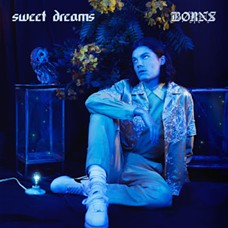 Singer-songwriter BØRNS (Garrett Borns) had a pretty broad knowledge of old ’50s, ’60s and ’70s music by the time he became a teenager.

Those influences come across well on his debut EP Candy and on his last studio effort, 2016’s Dopamine.

Now, to support his new album that’s due out next year, BØRNS has announced dates for a 2018 North American headline tour. He performs at the Agora on Feb. 8.

An American Express pre-sale starts at 1 p.m. tomorrow, and a Spotify pre-sale takes place on Thursday. The general public on sale starts on Friday.

Notably, BØRNS has partnered with PLUS1 so that $1 from every ticket will go to support Grid Alternatives. The organization works to bring accessible renewable energy technology and job training to underserved communities.