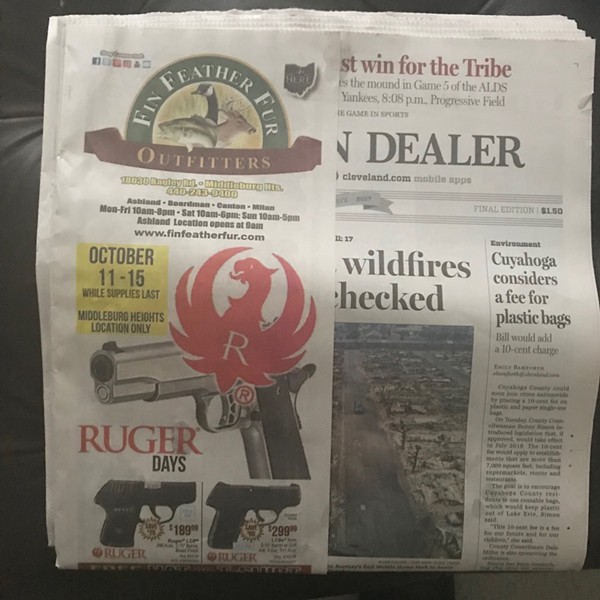 Three handguns, all of them Rugers, are visible above the fold on Wednesday's print issue.

At least one woman, who was in Las Vegas during the shooting, took offense:

A woman who was in Las Vegas says the Plain Dealer ad was poorly timed...@wkyc pic.twitter.com/flfMd2UmvB